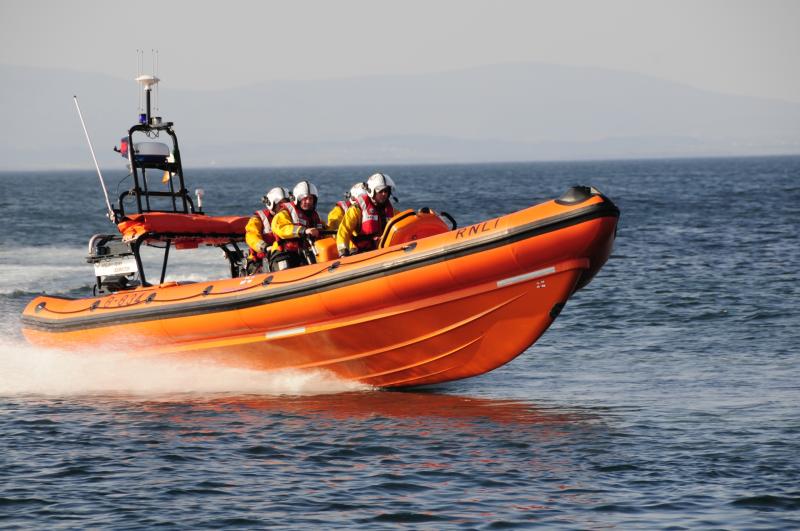 The volunteer crew were requested to launch their inshore lifeboat by the Irish Coast Guard yesterday afternoon at 2.47pm to reports of four swimmers in difficulty off Roses Point Beach.

The four ladies, who were all seasoned swimmers, got into difficulty when trying to get ashore at the beach due to a swell. Several onlookers on the beach dialled 999 and both Sligo Bay RNLI’s lifeboat and the Irish Coast Guard’s helicopter, Rescue 118 from Sligo were requested to the scene.

One swimmer managed to get ashore unaided while one was rescued by the volunteer lifeboat crew who administered casualty care as she was taken back to the lifeboat station and passed into the care of an ambulance crew. The other two casualties were airlifted to safety by the helicopter. All four swimmers were taken to Sligo General Hospital to be assessed.

Meanwhile the lifeboat received a second callout an hour later to a surfer in difficulty in Strandhill. Thankfully he was able to make his own way ashore as the lifeboat stood by to ensure he reached the shore safely.

Speaking following the call out, Aisling Gillen, Sligo Bay RNLI Volunteer Lifeboat Press Officer said: ‘We received a lovely message from one of the swimmers last night to thank us for saving their lives which was very kind and we would like to wish them all well.

"Seasoned open water swimmers have a great deal of experience and do observe proper safety precautions. However, the dangers this time of the year far outweigh the challenges that apply in summer. Cold water and currents can tire a swimmer quickly and make it harder to return to shore.

"We would advise swimmers of the following safety advice:

- Always check the weather forecast and understand the local effects of wind, tides and currents.
- Never swim alone and have somebody ashore who is familiar with your plans and ideally can observe your progress.
- Only swim in sheltered areas with which you are familiar and swim parallel to the shore.
- Ensure that you are visible from the shore. Wear a brightly coloured swim cap or use a tow float to increase your visibility in the water.
- Wearing a wetsuit is advisable to help stay warm.
- Slowly acclimatise to cold water to reduce the risk of cold water shock.
- Get warmed up afterwards. Wrap up well in extra layers of clothing
- If in doubt, don’t go out!
- Tell someone else where you’re going and when you are due back."