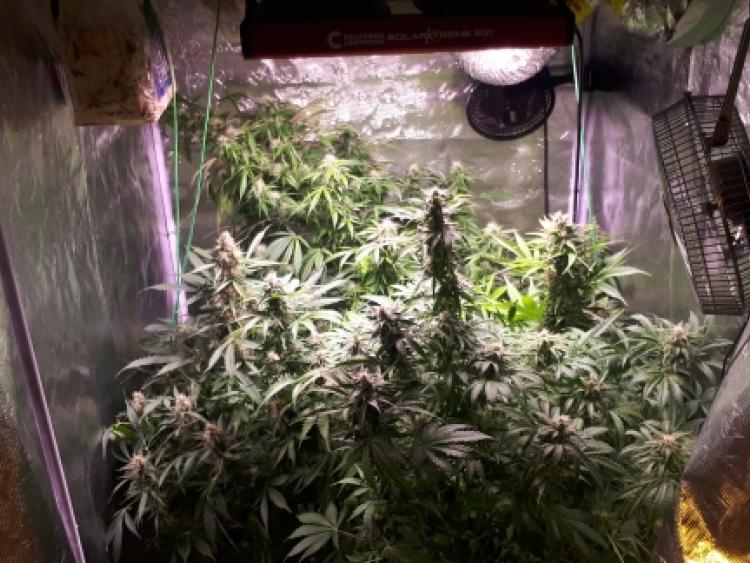 Gardaí in Longford have seized €24,000 worth of suspected cannabis plants and cocaine in two separate drugs seizures over the weekend.

On Sunday shortly before 7pm Gardaí attached to the Roscommon Longford Divisional Drugs Unit carried out a search of a house in Granard.

During the course of the search, Gardaí located a cannabis grow house in the attic of this property. A large quantity of cannabis plants (pending analysis) worth €20,000 were seized.

One woman in her early 30s was arrested at the scene and detained at Granard Garda Station.

She has since been released without charge and a file is being prepared for the Director of Public Prosecutions.

In a separate detection, at 7.30pm on Saturday, November 21, Gardaí attached to the Roscommon Longford Divisional Drugs unit carried out a search of a van observed in the Connaught Road area of Longford and discovered a package containing what is believed to be cocaine worth €4,000.

One man in his early 20s was arrested and brought to Longford Garda Station. He has since been released without charge but a file is being prepared for the Director of Public Prosecutions.

An Garda Siochana are reminding the public that if they notice anything unusual or suspect drug activity is taking place in their locality that they can contact their local Garda Station or the Garda Confidential Line on 1800 666 111.