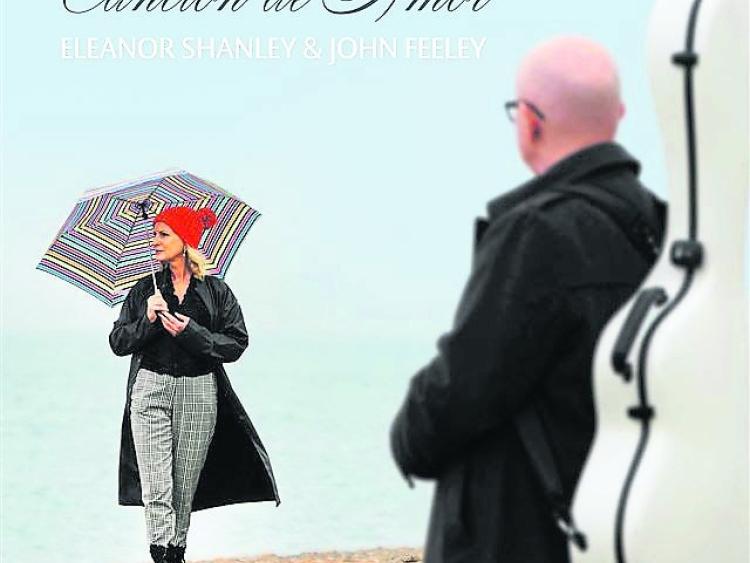 Recorded in the beautiful Meelick Friary nestled next to the River Shannon in Eyrecourt, Co Galway, Cancion de Amor, the album by Eleanor Shanley and John Feeley is scheduled for release on Friday, December 12.

The 13-track album features many beautiful songs including the Brendan Graham original, Cancion de Amor, which also gives the album its title. This song was gifted to Eleanor and John and they are privileged to be the first to release it.

Eleanor said “We both fell in love with Cancion de Amor on our first listen and were thrilled when Brendan gave it to us for the record. John is our country’s finest classical guitarist and we both believe Cancion de Amor is perfect and indeed enhances our creative partnership on this record.”

Together with the title track,  the album features many other original songs including Bernadette McMahon’s Child Of Mine and Sand and Water by Beth Nielsen Chapman together with some newly composed pieces of music by John. The Con Tempo String Quartet also feature.

The album will be available to buy from iTunes and via mail order from eleanorshanley.ie and johnfeeley.ie

More information on sales outlets and other details will be announced soon.

The album is made possible with the support of The Department of Tourism, Culture, Arts, Gaeltacht, Sports and Media.