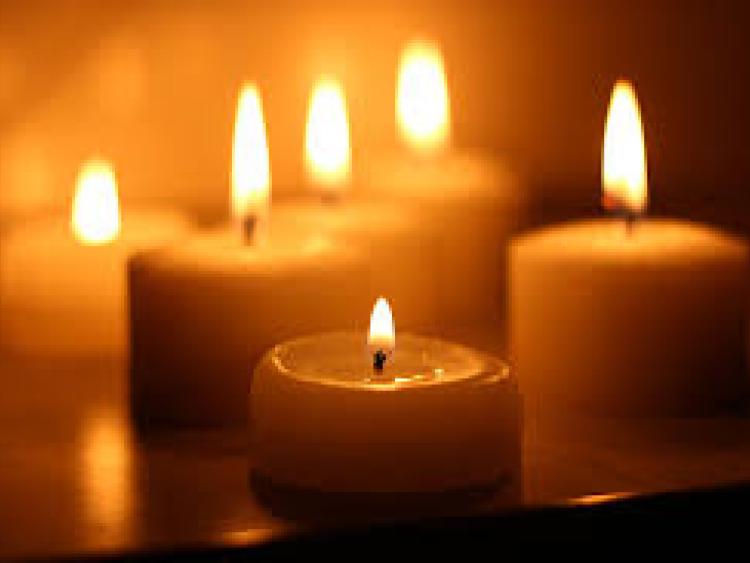 Margaret Keenan (nee Doherty) (Glasnevin and formerly, Drumshanbo, Co. Leitrim) 26 November 2020, peacefully in her 95th year, in the loving care of the staff of Tara Ward, St. Mary’s Nursing Home, Phoenix Park. Beloved wife of the late James (Seamus), mother of Sheila, Martin, John, Joe and Judith, sister of the late Eileen and daughter of the late Patrick and Rose Noone Doherty. She will be sadly missed by her children, sons-in-law Barry and the late Raja, daughter-in-law Judy, grandchildren, great-grandchildren, nephews, nieces, relatives, neighbours and friends. In line with Government and H.S.E advice regarding public gatherings, a small private funeral will be held. The Keenan family would ask that over the coming days, everyone who knew Margaret would take some time to light a candle or say a prayer in her memory. Those who cannot attend the Funeral Mass due to the current restrictions are invited to view the Funeral Mass which will take place in The Church of Our Mother of Divine Grace, Ballygall Road East on Monday morning at 11am Mass on the parish webcam.

The death has occurred of Tom O’Rourke, London and formerly of Elphin, Roscommon on 27 November 2020, peacefully in the devoted care of the staff at the North London Hospice, Finchley, London. Predeceased by his brothers Frank and Dan. Sadly missed and forever remembered by his loving wife Kathleen, sons Joe, Tom, Paul and Gerry, sister Chris, sister-in-law Margaret, grandchildren Stacey, Hayley and Ryan, great grandchildren Isabella and Lucia, daughters in law, Pam, Sue and Lorraine, Grandsons in law Chris and Fab, cousins, nieces, nephews, his many good friends and neighbours. Funeral arrangements will be announced later.