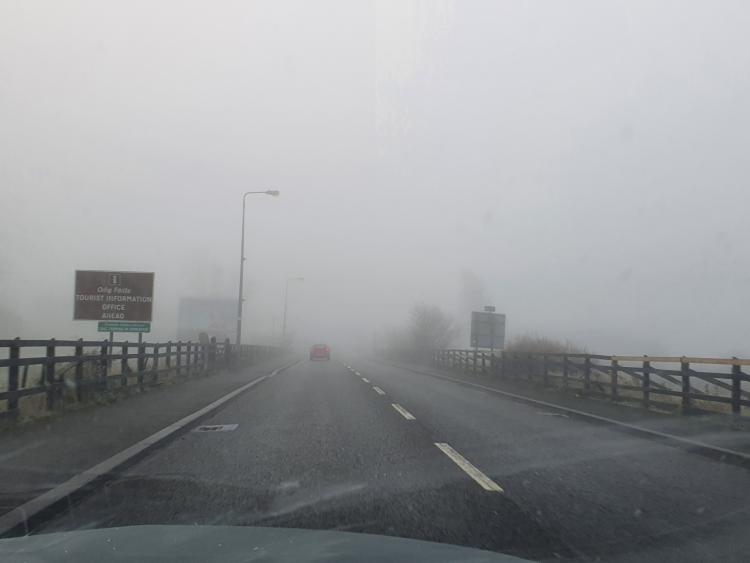 Fog in Carrick-on-Shannon this morning

Motorists in Leitrim are being urged to drive with extra caution that’s after sharp overnight frost.

A dense fog is also contributing to challenging driving conditions this morning in the entire North West, with visibility very low in Carrick-on-shannon.

In Bundoran  there are reports of black ice in the town centre.  The Kinlough to Manorhamilton road is described as being very dangerous in places.

Gardaí in Sligo are issuing warning of heavy for and poor visibility in place in addition to icy stretches on secondary roads.

Last night, the Road Safety Authority contacted dozens of people to say they would have to reschedule.

The RSA is urging people not to travel for a test if they think the road conditions aren’t safe.