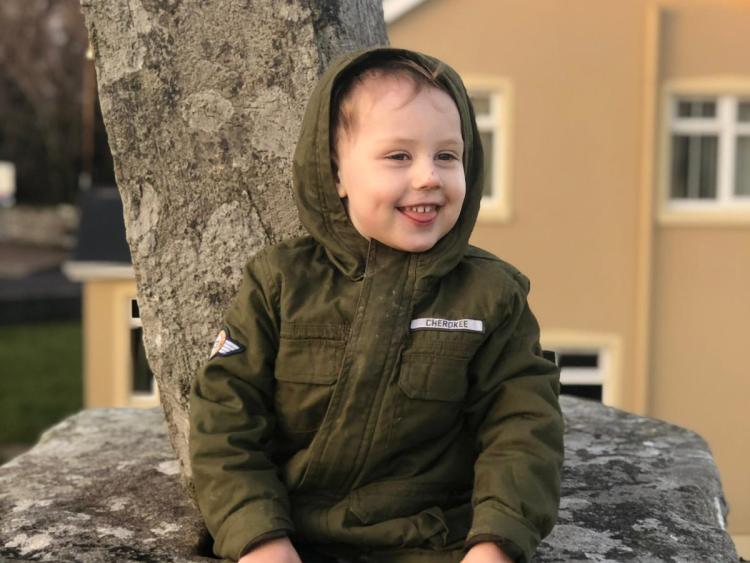 Christmas is all about children and that it is why it is so heart breaking to hear the story of a four-year-old boy from Kinlough who is suffering a debilitating disease with no possible cure in sight.

Shannon Kerrigan (24)  and Eoghan McCluskey (30) were dealt devastating news two months ago when they were told their beautiful boy Riaghán has Metachromatic Leukodystrophy (MLD).
This is a rare disorder affecting mainly the white matter of the brain causing a progressive loss of physical and mental skills.
It has been described by a family relative as a “parent's worst nightmare.” 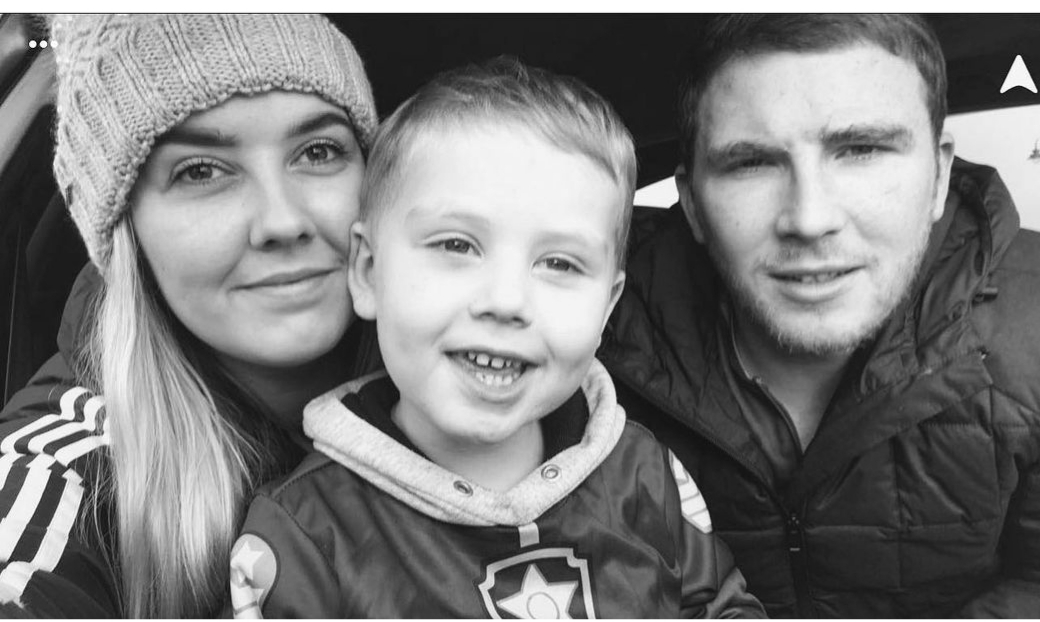 Sadly Riaghán has already lost the ability to walk unaided and his speech has being affected hindering his ability to communicate his needs. The disease is taking hold very quickly and it can only expect to get worse.
The bubbly and funny little boy who attends montessori in Kinlough will require 24-hour care for the rest of his life.

He will need a wheelchair and a cot bed in the coming weeks alone, he will also require physio twice a week and can expect plenty of medical appointments which will involve overnight stays.
To further add to this tragic story, Shannon and Eoghan are expecting their second child in January. They have been told their baby has no spleen and there is a problem with his/her heart and doctors will need to operate when the baby is born. 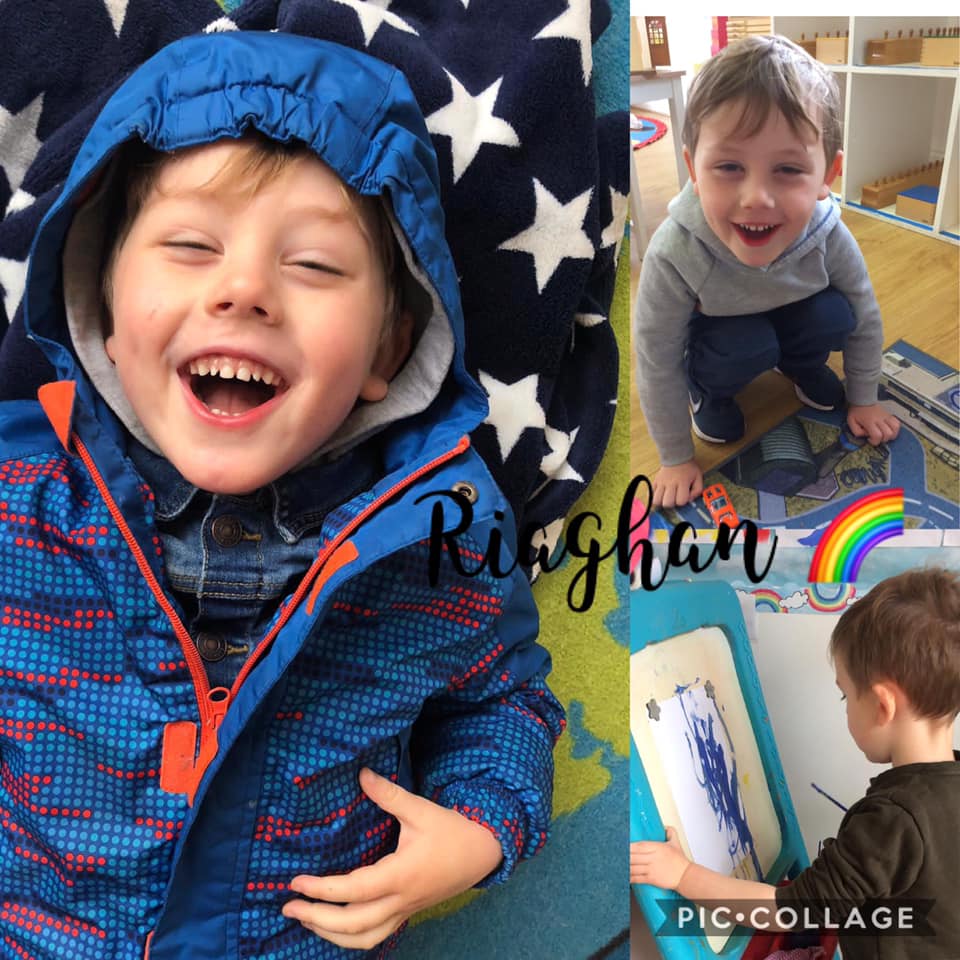 A fundraiser has been set up for the family and it is hoped €100,000 can be raised to help alleviate some of the unimaginable stress the family is experiencing.

Siobhan Gordon, Shannon's cousin set up the GoFundMe page for Riaghán. She said they want to raise €100,000 “as you can imagine this is a very difficult time for Shannon, Eoghan and Riaghán. If we could ease the financial stress from them in any way it would really help. This would allow Riaghán journey to be as comfortable and bright as possible.”

Riaghán's parents brought him to the local GP in October when he started to have slight problems walking and talking, and were given the devastating diagnosis. He went from a normal jumping boy to someone who was falling and tripping up a lot, and starting to slur his words.
A blood test revealed the diagnosis. Because symptoms are already showing there is no cure or definitive treatment available to him. 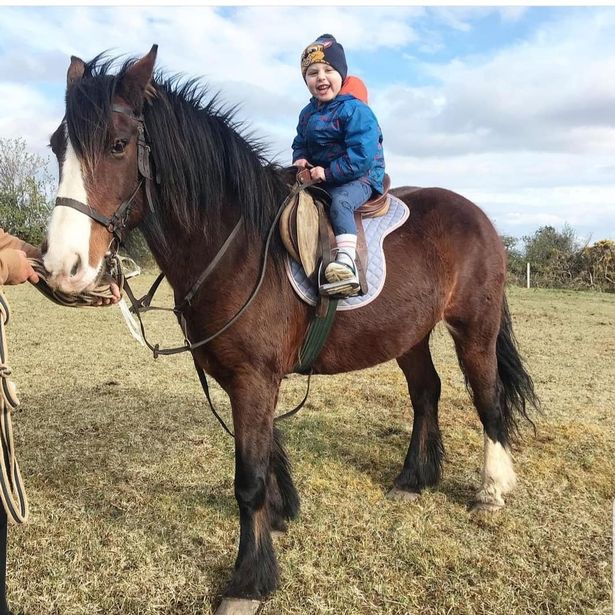 Siobhan Gordon said “Things we take for granted will slowly be taken away from Riaghán. All the things he loves to do.”
Shannon and Eoghan are expecting the birth of their new baby this month. As well as the spleen and heart problems already detected in the unborn baby, a test will be administered for MLD at birth, as the disease is genetic.
If the new baby tests positive, the family have to start trial treatment straight away.

Already over €28,000 has been raised for Riaghán, it is hoped with Christmas just two weeks away, that Leitrim people will dig deep and donate towards this much deserving family.
Riaghán is still looking forward to Christmas and despite all his trials “continues to smile and laugh through it all.”
To donate visit GoFundMe and search for Riagháns fundraiser also follow Riaghan's journey on Facebook and Instagram.
Please support this very worthy cause.