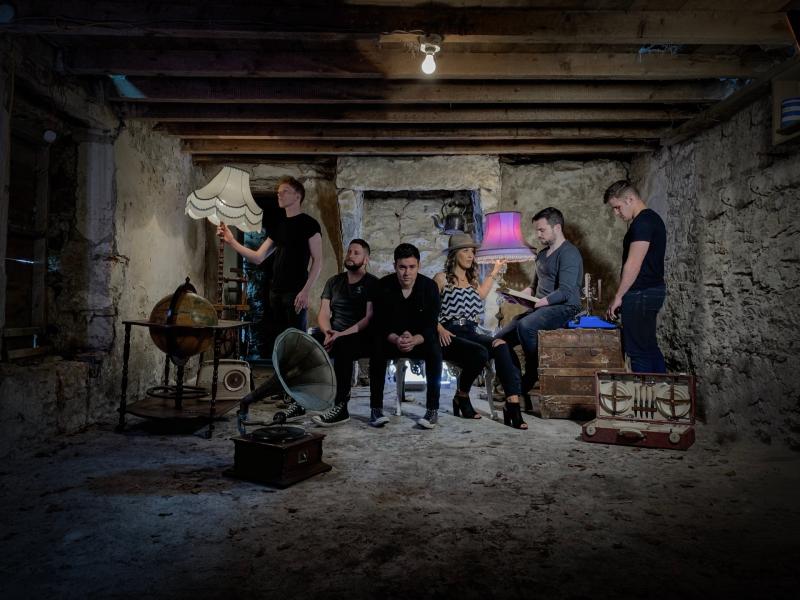 The Vibes release a Christmas song

Grammy Award winner Greg Well has helped produce a new Christmas song by Leitrim band The Vibes that is the perfect fit for this year.

The Drumshanbo based band, The Vibes have just released the song for Christmas.

The song was written just two weeks ago and is about how Christmas will be so different this year for so many people due to covid and the whole situation surrounding it.

"Whether it's missing people who have passed away or not being able to see family and friends etc over the Xmas period. We released it with the aim of raising money for the Mater Foundation," explained Leo Logan.

He also explained how a grammy award winning producer got involved: "We sent a random email to the website of Greg Wells around a week ago with a demo of the track. He is an LA producer who has won a Grammy for the greatest showman, John Legend, Adele, Katy Perry, Dua Lipa, Taylor Swift, Elton John, Andrew Lloyd Webber, One Republic to name a few.  We weren't even expecting a reply but he got back saying he would love to produce it and mix it for us and completely free of charge because he loved the song and what it was about."

The poignant video which will resonate with so many missing loved ones this Christmas was shot around Drumshanbo, Cloone and Aughavas with some locals being thrown in the deep end with acting!

The song Christmas feels different can be downloaded and played from all the usual music outlets.