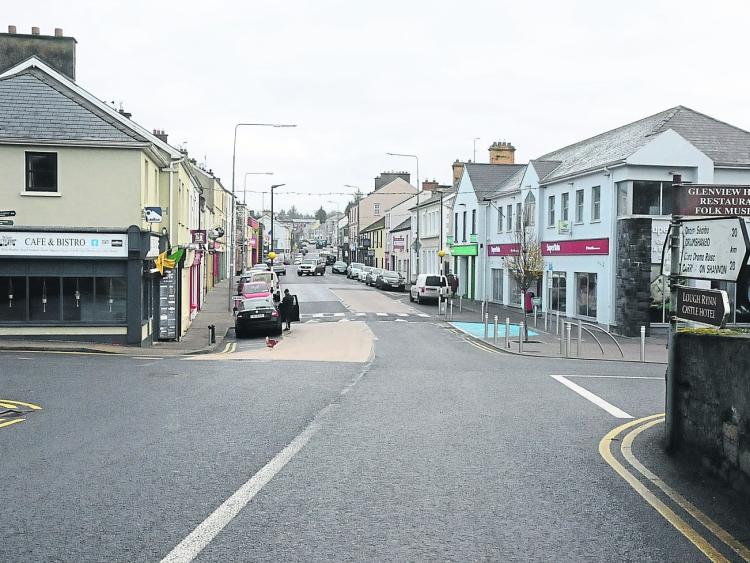 The busy bridge and junction in Ballinamore

Ballinamore wants a pedestrian bridge walkway like the one over the River Shannon in Carrick-on-Shannon.
Earlier this month, Cllr Ita Reynolds Flynn asked for an update on the provision of safety works at the junction in Ballinamore on the Main Street (opposite SupeValu).

The council said there is no update as all works are finished at the junction.
They explained “We had proposed to carry out similar urban footpath works on the Aughnasheelin side of the junction however this was met with hue and cry from the local business community.

“If the Ballinamore Steering committee wish to proceed with the original plan then the district office will programme these works under another scheme.”

Cllr Flynn asked if a suspended walkway could be erected; “like the one in Carrick -on-Shannon” to help with the large pedestrian traffic to and from the schools across the busy junction.
Senior Council engineer Darragh O’Boyle said a pedestrian bridge would be “ideal” as they could then eliminate the footpath on the bridge, but said it would require a lot of capital funding.

Director of Services Vincent Dwyer said he would bring the idea to Shay O’Connor to see what their options are.
Cllr Flynn said the junction is dangerous even for motorists, let alone walkers. She was supported by the rest of the Ballinamore councillors.