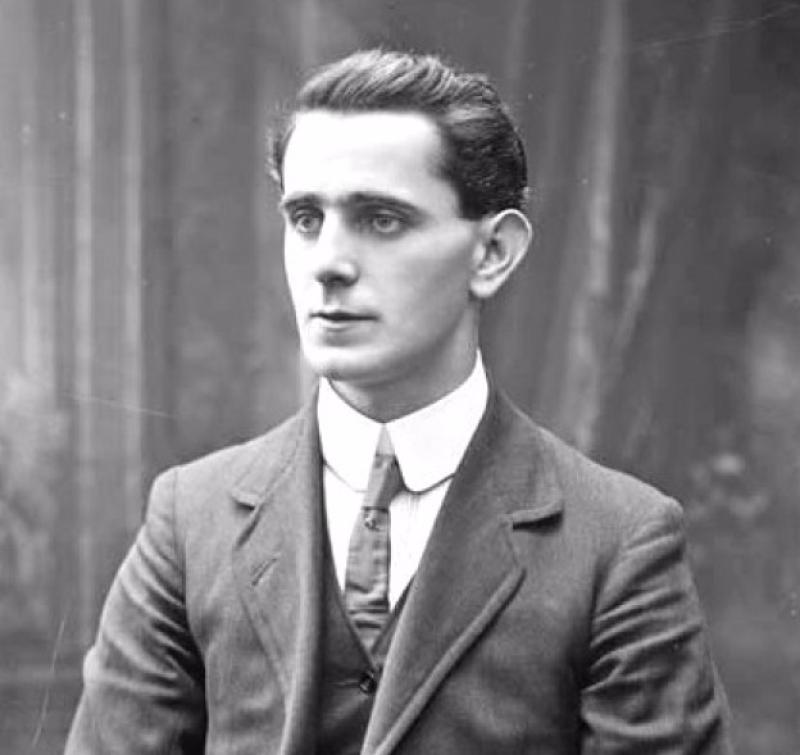 Brian O’Higgins was born in 1882 in Cill Scire, Co Meath and moved to Dublin shortly after leaving school.
He took part in the 1916 rising. In the 1918 Westminster election he was elected unopposed for Sinn Fein in the constituency of West Clare and was re-elected in the 1921, 1922 and 1923 General Elections but was defeated in the June 1927 election. O’Higgins opposed the Anglo-Irish Treaty.
He was president of Sinn Fein from 1931 to 1933. Disagreeing with the party’s strategy he resigned in 1934. He edited the Wolfe Tone magazine, which was banned in 1939.
Brian O’Higgins wrote patriotic verse and historical booklets, much of it under the pen name of Brian Na Banban. He also wrote religious verse. His Greeting Cards for Christmas, Easter and St. Patrick’s Day with their distinctive Celtic design, a selection that are shown here, were very popular in the 1940s and 1950s.
Brian O’Higgins died on the 10th of March 1963.
Brian O’Higgins on Sean MacDiarmada “One of my proudest moments was the comradeship of Sean MacDiarmada in the GPO in 1916. I have known many men who were true patriots, who were willing to endure any pain, suffer any loss and make any sacrifice for the land that bore them, but I have known none more true, none more noble, none more heedless of self, none more worthy of love and respect than Sean MacDiarmada, and I think when the whole story of those strenuous years of preparation comes to be written, no name will shine out more brightly than his.
“Brave as a lion, tender and gentle as a woman, simple and lovable as a child, he held men with the magic of his smile and fired them with a courage that was willing to dare all things for the land he served faithfully in life and will continue to serve in death, for the memory of such a man as Sean MacDiarmada can never die.”