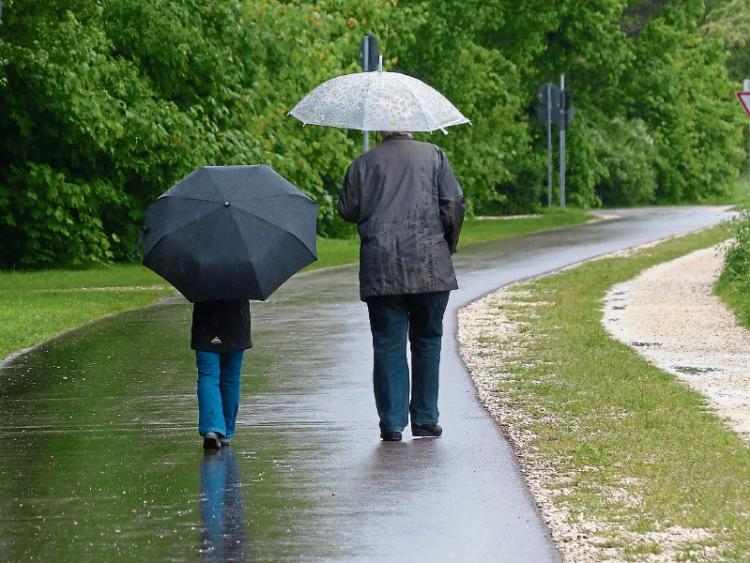 Mostly cloudy today, Wednesday, January 27 with showery rain in places. Later in the afternoon a band of heavy rain will move into the southwest and will extend up across the province later in the evening. Some heavy and possibly thundery bursts will bring spot flooding. Highest temperatures of 7 to 10 degrees Celsius generally, in light to moderate southeast breezes.

Wet and breezy with widespread rain, heavy at times, with spot flooding likely. Low cloud and mist too. Some sleet and hill snow may occur in north Ulster towards dawn. Lowest temperatures 1 to 4 degrees Celsius in Ulster, but milder elsewhere with lows of 5 to 9 degrees Celsius. Freshening southeast winds will veer southwest overnight, strong and gusty near coasts.