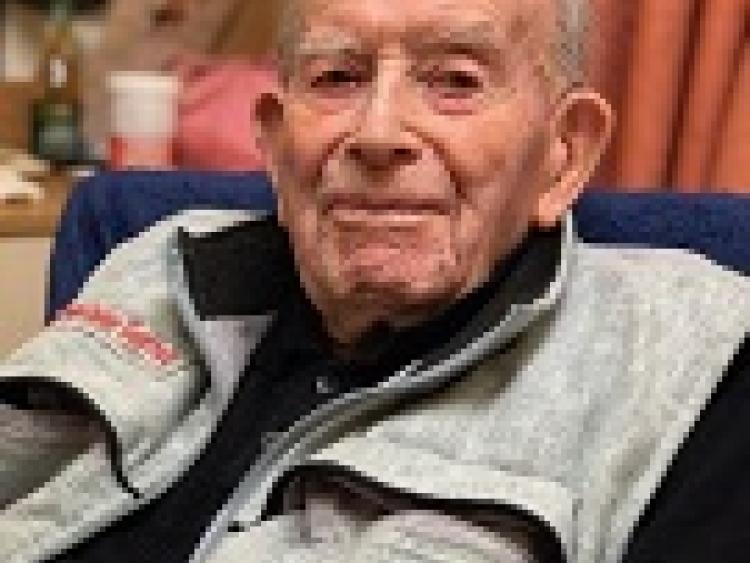 Saturday, January 30 was a very special day for Ballinaglera man and Redemptorist priest Fr Anthony Mulvey’s as he celebrated his 99th birthday.
He is the oldest Irish Redemptorist, and still going strong.
He even hit the front cover of the January/February issue of Reality magazine.
A proud Leitrim man, he was born on January 30th of 1922, the year of the founding of the State.
He went to the Redemptorist School in Limerick – then known as the Redemptorist College, now known as St Clement’s. He entered the Redemptorist noviciate in 1942: he studied in what was then the newly opened Cluain Mhuire House of Studies in Galway.
During his studies, he had the opportunity to spend one year in Belgium, and fell in love with Europe. This was just after the War.
He was ordained to the priesthood in August 1951.
Having taught in the Redemptorist College in Limerick for seventeen years, he spent one year at Mount Oliver in Dundalk, relearning his theology after the Vatican Council – ‘the best year of my life’.
In 1973, when Ireland had joined the Common Market, Fr Tony went to Luxembourg as Chaplain to the English-speaking (and Irish-speaking) people working in the newly-expanded Community.
He spent thirteen years ministering there, again a time he loved.
Following one year in St Gerard’s Parish in Belfast, in 1987 Fr Tony was called to Rome to work as translator in the General Curia of the Redemptorist Congregation.
He loved his twenty five years in Rome, and walked nearly every street of the Eternal City.
When the heat of Rome became too much for him, he returned to Ireland, and spent some years in Dundalk.
Since 2016, he has been a member of the Esker Community. Sill as bright as a button, still able to quote Shakespeare at length, and still able to remember where each of his students sat in class, back in the 50′s and 60′s in Limerick, his only concession to age is his walking frame.
Credit: Reality Magazine © Redemptorist Communications
Magazine can be purchased www.redcoms.org