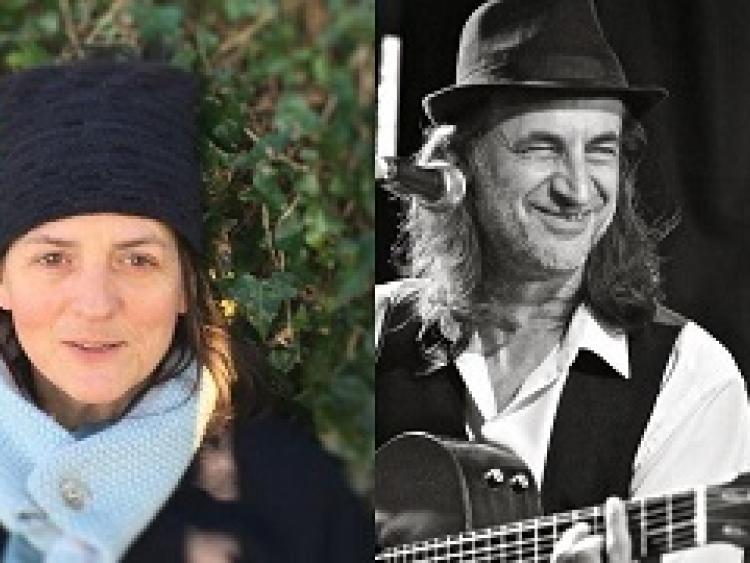 The Dock presents a special livestream concert with Amy O'Hara, Felip Carbonell and Senna O'Hara on February 13.
In this exclusive show recorded at The Dock, Amy O'Hara is joined by Felip Carbonell and Senna O’Hara, Amy’s 16-year-old daughter who has taken to the craft of song writing and performs some of her own songs.
London born Amy O’Hara has been living in Sligo for the last 25 years. After decades of quietly writing songs, her debut album 'A Blue I Can’t Describe' will be released in 2021. Amy’s songs reflect the landscape and matters close to her heart. They are humorous and quirky, often with an underlying message.
Feliop Carbonell's guitar on the album blends melodically with Amy’s songs and is the perfect accompaniment for the production and for this exclusive concert.
Long-time Sligo resident Felip Carbonell is a guitarist, composer and songwriter born in the island of Mallorca who sings and writes mainly in his native Catalan language. Influenced in his career by political songwriters and folk singers, he is also passionate about jazz and flamenco guitar. He is a founder member of the folk band NoCrows and his soulful broken voice can be appreciated on some of the tracks of the band’s 6 CDs as well as on his 2015 solo double album 'The Colours of Time'.
For this very unusual solo mini show, he interprets some of the songs of his old repertoire and also includes a rarity: a cover (in English) of one of Antonio Carlos Jobim’s early works.
Felip has also played an important role on the production of Amy O’Hara’s forthcoming debut album.
Amy's songs are the work of a songwriter with a keen sense of observation who wraps depth and meaning up in a disarming musical style. Catchy, quirky and above all memorable these songs will charm you, disarm you and leave you wanting more...
Join them on www.thedock.ie on Saturday, February 13 at 8pm. The concert is free to watch and we hope that you enjoy the music.