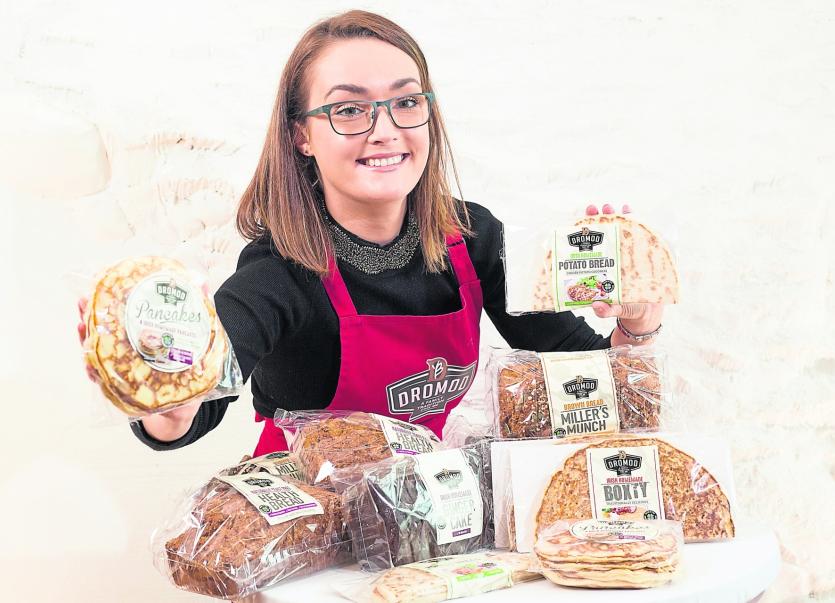 Dromod Boxty, manufacture a range of homemade products including boxty, pancakes and potato bread from their base in Dromod took home the North West Regional award.

Joe Lowe, Head of Enterprise, said; “We are delighted that Dromod Boxty won the North West Regional award. This was a well deserved win as Aine has brought, what was a strong business to the next level, with her level of dedication, enthusiasm and vision for growth – LEO Leitrim are looking forward in continuing to support Dromod Boxty in the future.”

The overall winner at the National Enterprise Awards was Mullingar mobile craft canning company, Bevcraft. Established in 2016 by friends Ciaran Gorman and Darren Fenton the company has gone from strength to strength. They now work with over 250 brands to can their produce using their mobile canning technology. They are operating across 5 European countries and in 2021 aim to handle over 50million cans.

Along with the overall winner, five category winners were announced. The Innovation Award winner was VRAI, who are backed by LEO Dublin City. The tech company provide virtual reality training similuations to companies who may work in remote or dangerous areas.

The Best Export Award went to Kianda Technologies who were supported by LEO Fingal and have recently moved to Enterprise Ireland. The company have achieved significant penetration in global export markets with their business automation software that streamlines business processes in areas such as finance, HR and quality.

To recognise the particular challenges overcome by businesses in 2020, two new awards were presented, the Brexit Ready Award and the Pivot Award. The Brexit Ready Award went to Knockanore Farmhouse Cheese who are supported by LEO Waterford. The raw milk artisan cheddar cheese producer’s impressive response to Brexit has seen them actually grow their business on the back of the UK leaving the EU, accessing new markets.

The Pivot Award winner went to WowWee.ie who are backed by LEO Clare. A personalised gifting company who relied heavily on corporate gifting saw their business disappear once the pandemic hit but pivoted to sell direct to consumers. The response has seen them excel in an extremely competitive market.

Announcing the awards virtually from the Mansion House, Minister English said; “The awards are an opportunity to celebrate the sheer talent, determination and success which exists in Irish businesses.  The winners tonight are outstanding companies and, along with all the finalists, are trailblazers for every small business and budding entrepreneur across the country.  I have no doubt that the companies here will continue to grow their businesses, create more jobs and make a significant contribution to their local economies.  The foundations of the Irish economy is built on by small businesses and through these awards we can recognise their valuable role in society.”

Established in 2014, the Local Enterprise Offices are the essential resource for any entrepreneur looking to start a business or any small business that is looking for support or advice to help them grow. The LEOs work with over 7,000 client companies across Ireland in a diverse range of sectors offering mentoring, training, expert advice and financial supports to small businesses. For more information see www.LocalEnterprise.ie