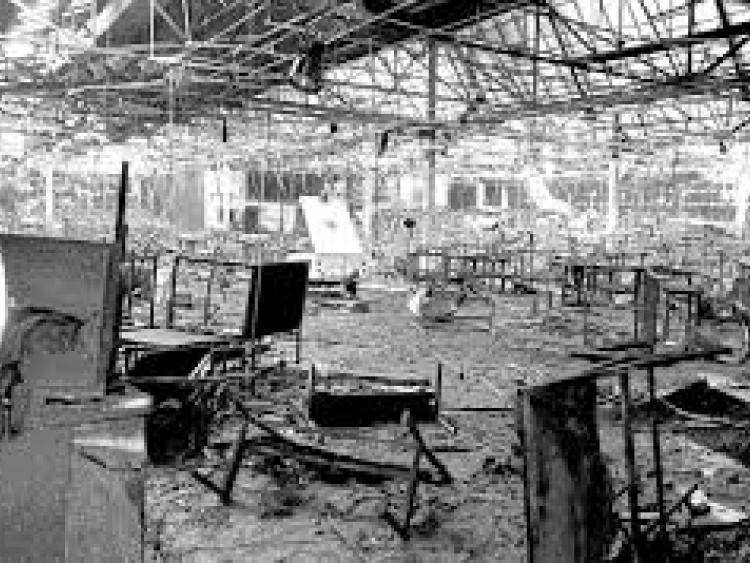 As many of us celebrated Valentine's Day on Sunday, albeit in a different manner than normal, there were many families in Dublin who paid their annual visit to the graves of their loved ones.
Many of those who are reading this would not have been born or would have been very young when the Stardust tragedy took place.

48 people lost their lives in the Stardust fire – one of the worst disasters in modern Irish history. It happened in the nightclub in north Dublin just after the conclusion of the disco dancing competition. Sunday marked the 40th anniversary.
The ages of the deceased ranged from 16 to 28. The average age was just 19.5 years old.
There were young married couples among the dead. Others were engaged to be married. There were factory workers, carpenters, painters, receptionists, shop assistants and students.

After it was recalled that in one the graveyard there were about five funerals taking place at the same time, in one photo there were 13 hearses lined up outside a church.
To this day their families are fighting to find out the truth of what happened that night.
In 1987 a Tribunal granted compensation to victims but still the families fought on.
After a string of attempts over the years to get the government to grant the kind of new substantive inquiries into the fire they wanted, Stardust campaigners finally succeeded in 2019.

In recent years, the efforts had seen the campaigners march to the Dáil with hundreds of supporters. Across the country, they managed to get 48,000 postcards signed calling for new inquiries. Their legal team put forth strong arguments that it was in the public interests for fresh inquests.

All of the protests, the petitions, the press conferences – it eventually led to the granting of new inquests into each of the 48 deaths. The Attorney General ruled in September 2019 that there was “insufficiency of inquiry” as to how the original inquests into the 48 deaths were conducted.

It is expected that the inquests will get under way later this year at the RDS in Dublin.
But sadly many of those who spearheaded the initial campaign are no longer alive. They are the parents of those young people who lost their lives in the fire that engulfed the nightclub that night.

But their own children now continue to pursue the matter.

The Stardust tragedy will never be forgotten, and nor should it be. The victims' families simply will not allow that.