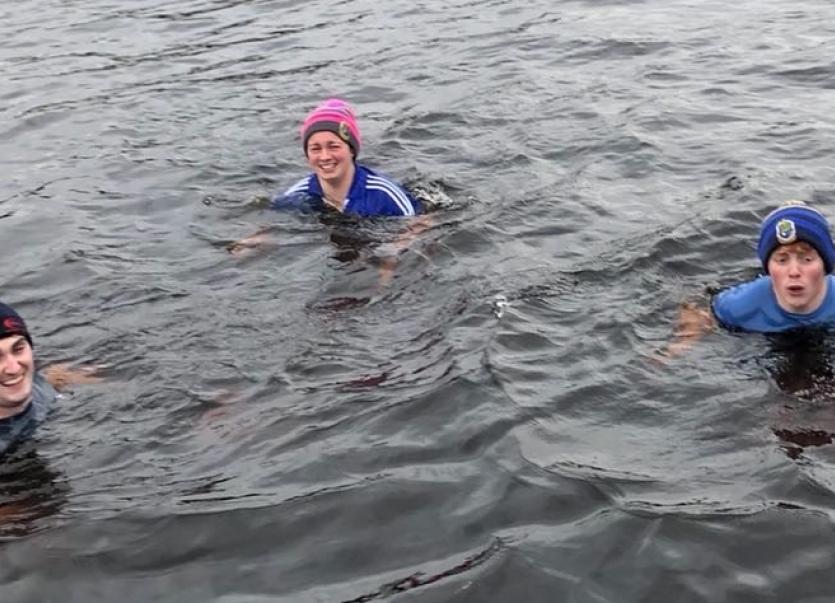 Three local youngsters are in the middle of a novel fundraising event by taking a dip each day in the chilly waters of the Shannon, all in aid of North West STOP, the suicide prevention charity.

For the month of February, Sean Collins, Natasha Munnelly and Niall McLoughlin are taking part in a dip a day in Drumsna Harbour to raise funds for this most worthy charity.

All three are from Hillstreet village in the parish of Aughrim Kilmore, Co Roscommon.

Sean and Natasha are past pupils of Carrick-on-Shannon Community School and Niall is currently attending Scoil Mhuire, Strokestown and is in his Leaving Cert year.

Sean said they are currently over half way through their month-long event and have already over €5,200 raised for North West STOP.

“We had planned to raise €500 for the charity but we're overwhelmed by people’s generosity and support the past few days,” said Sean. 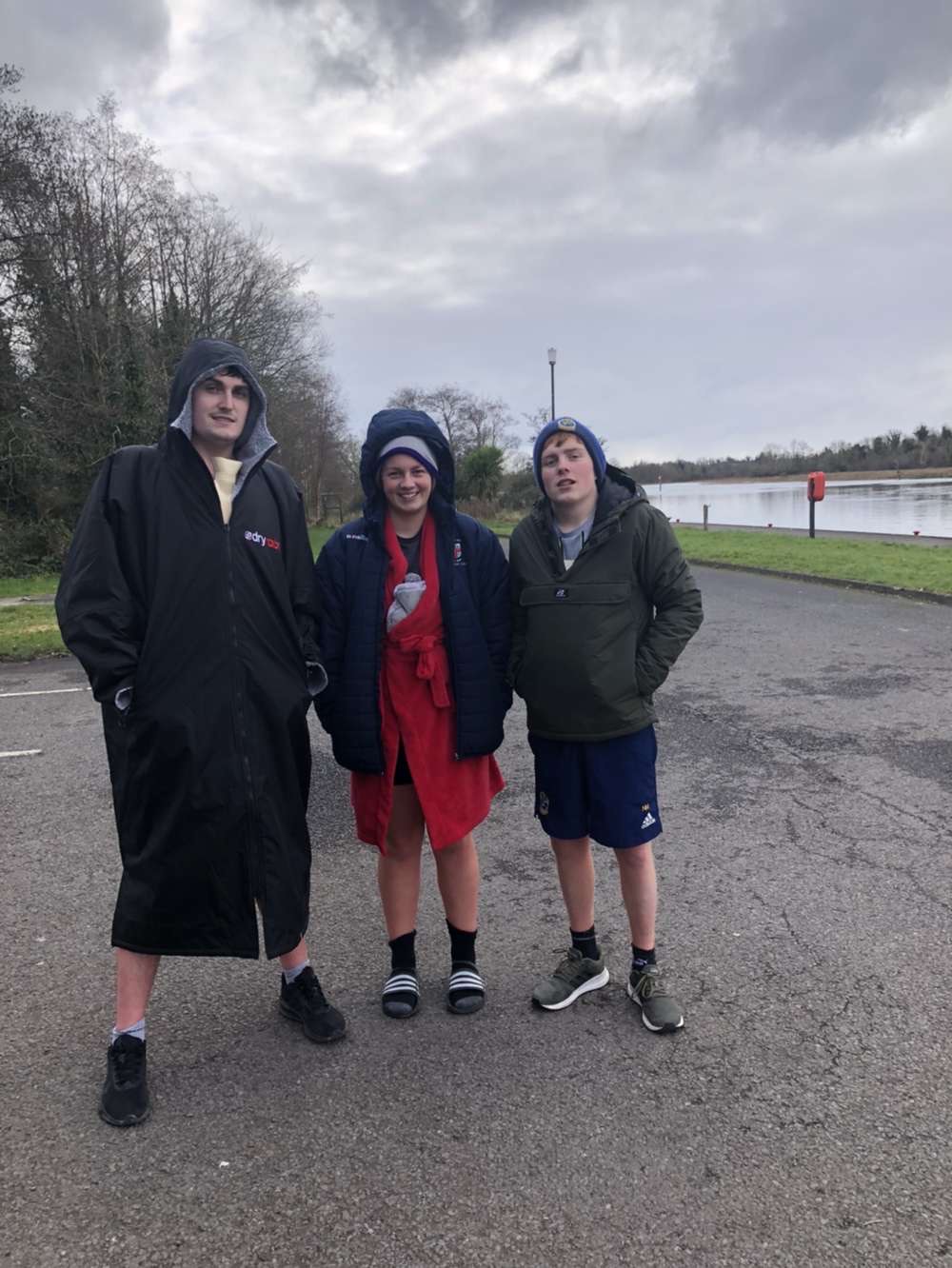 Sean, Natasha and Niall keeping warm before their daily dip.

The weather in early February was not exactly conducive to taking a dip in the Shannon but that didn't stop the intrepid trio.

A quick jump into the water and then hot water bottles and fleeces were needed especially with the weather conditions this past week.

So far they have promoted their fundraiser through Facebook, Instagram while Brian Carroll has shared their messages and gofundme links in the Aughrim/ Kilmore parish group chat.

To date, anyone who wanted to make a donation without going online has approached them and they have uploaded it on their behalf onto the gofundme page - https://gofund.me/9a0b6e2a

They have donation sheets in the shops in Drumsna, Duignan's and Pat Daly's, and they also have sponsorship sheets in Mulligan's, Kieran's Gala and The Smoothie Bar in Carrick-on-Shannon.

Well done to everyone involved in this fundraiser and please lend them your support.