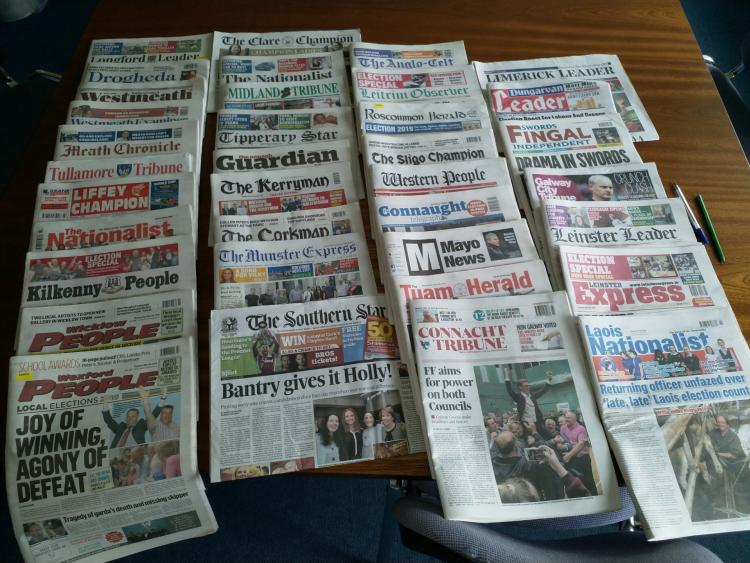 “Our local newspaper faces huge challenges and require government supports”, that is according to Sligo Leitrim TD and Minister of State, Frank Feighan TD.

Minister Feighan has written to his colleague and Minister with responsibility for Media, Catherine Marin TD seeking public service funding supports for the local and regional newspapers.

“Over many years local newspapers were the main source for local news and sport results, newsagents sold hundreds on papers, then came along local radio in the late 1980’s which became a source of competition however the coming of the internet and social media has had a dramatic effect on the demand for the local paper, leading to dramatic sales drop and advertising revenue.

“This has put many of these titles under financial pressure and possible closure, to date they have haemorrhaged staff and the Covid-19 pandemic has exasperated their position.

“As a public representative I have a clear concern where many people, especially younger people, source their news and information, it has been proven that some news sources through the internet and social media broadcast and publish ‘fake news’ leading to mis-information and presenting a real danger to our society, one only has to observe the recent election in the USA where many people are convinced that this election was stolen from the outgoing President”

“I am urging people especially our younger generation to buy your local newspaper if not every week then as regularly as possible because like many things in life if you don’t use it you will lose it - since 2010, 16 local papers have closed.

“On the other hand, I have written to Minister Martin to request that local newspapers can benefit from funding like the €5 million allocated to local radio in two funding rounds to support its Covid coverage. Local Newspapers have had no such support from Government to date, yet they provide an essential public service to us as readers in the same market.

"I understand that other countries offer direct and indirect funding for newspapers. I would like to see more advertising from Government and national agencies going to local papers. Many of the Covid-19 advertising communications campaigns run in the national press, radio and television have not featured in local papers. Given that many of our older people rely on local newspapers for their information it is vital to the distribution of public service information that Government publications use local papers particularly as we are involved in a vaccine roll out.

“In conclusion I will do what I can within government to ensure we sustain our local newspaper in the community through policy and financial support and I urge my constituents to be aware of the imminent threat there is to this information resource that they, and our forefathers relied on for many years,” concluded Minister Feighan.