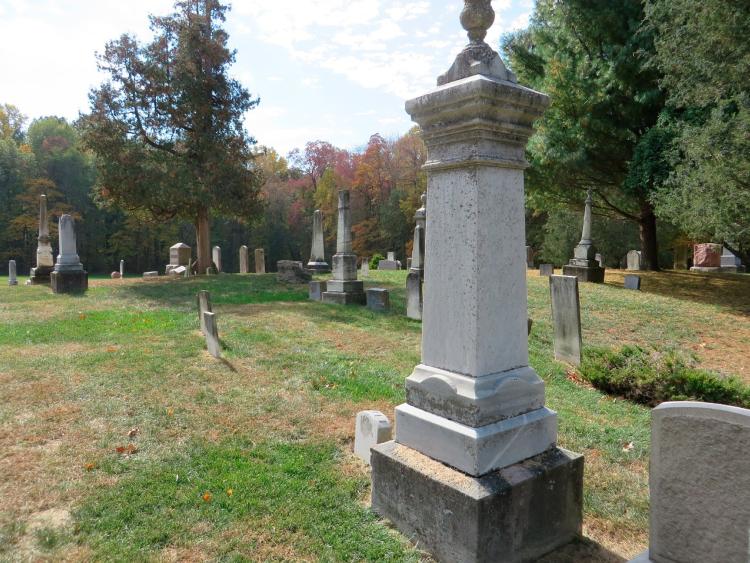 Independent Leitrim County Councillor, Des Guckian has been accused of “creating hysteria” with a motion querying the availability of grave plots, especially in light of the Covid-19 pandemic.
At the February meeting of Carrick-on-Shannon Municipal District, Cllr Guckian said that people had contacted him and queried “how quickly someone could get a new plot in a situation where there is a sudden death”.
In the motion he said that, “in light of Covid with its sudden deaths, Leitrim County Council (should) sharpen up its reaction to the need for emergency plots for the dead.
“People in the catchment of Carrick-on-Shannon and other Council operated cemeteries in this Municipal area, worried by the situations arising, have been enquiring about getting new plots. They have been met with obfuscation,” said Cllr Guckian.
He asked District Engineer, Darragh O'Boyle to give an undertaking at the meeting to “every family in Leitrim” that “a new burial plot will be made available to them within an hour's notice”.
“We should have a policy in place for rapid reaction, particularly in light of Covid,” insisted the Independent councillor.
However District Engineer, Mr O'Boyle, said “if someone dies they are allocated a plot. It is that simple”.
In a written response, the Council noted that the allocation of burial plots is done in accordance with the Council's Burial Grounds Policy 2016 – 2022 which was adopted by the members on July 11, 2016.
Under this policy “burial plots are allocated by graveyard caretakers who are based within the community and whose duty it is to allocate grave spaces as the need arises in a compassionate and dignified manner” it was noted.
Mr O'Boyle noted that an issue that had arisen previously where people who did not require graves wanted to buy plots in graveyards.
“In the past people who did not require graves, were allowed to purchase them, but that system no longer is used, it is a system that cannot work,” he said.
Mr O'Boyle said the present policy, where a grave is purchased if someone is terminally ill or has died, ensures that there will always be space for burials as plots are required.
“There is no reason for anyone to worry. If someone dies they will get a burial plot,” stressed Mr O'Boyle.
Despite Cllr Guckian's concern that a family may not be able to find the local representative to secure a plot in a graveyard in the county, Mr O'Boyle said that undertakers, the clergy and local people were well aware of who the local caretaker is.
“It has never happened in the history of graveyards in this county that someone has been left without a plot when they die,” said Mr O'Boyle.
He added Leitrim “has very competent caretakers involved with more than 20 graveyards”.
Cllr Sean McGowan agreed that the current system “is working fine. We've never had an issue,” he observed. Cathaoirleach of Carrick MD, Cllr Paddy Farrell agreed.
However Cllr Guckian insisted the people who contacted him on the issue “are really, really worried”.
“I'm not scaremongering,” he said.
Mr O'Boyle again clarified there will be no issue adding that, if a plot is bought when someone dies and the spouse or partner is still alive, an adjacent plot can be purchased at the same time.
Cllr Enda Stenson dismissed Cllr Guckian's motion claiming it was a case of “creating hysteria”.
“In no way will we ever have a situation where there is nowhere for people to be buried,” observed Cllr Stenson.