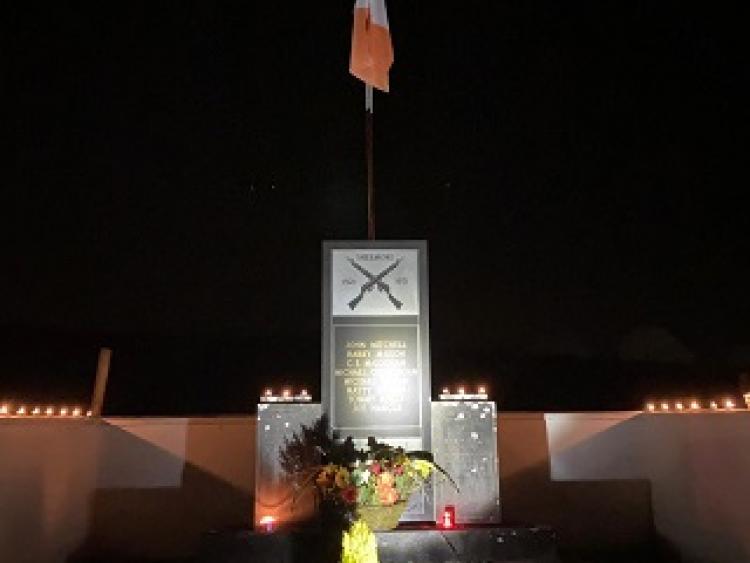 Candles have been lit by locals at the site of Sheemore Ambush to mark the 100th anniversary of this significant event in Leitrim's history which took place on March 4, 1921.

On the morning of 4th March 1921 the Flying Column No.1 of Leitrim IRA Brigade had their first successful engagement of the Tan War at Sheemore.

They took position behind a low wall which ran along the slopes of Sheemore and attacked a passing lorry of about forty Tans. The normally quiet road between Gowel and Kilclare suddenly cracked with the sound of gunfire.

After an engagement that lasted about 25 minutes, one Tan lay dead and several wounded.