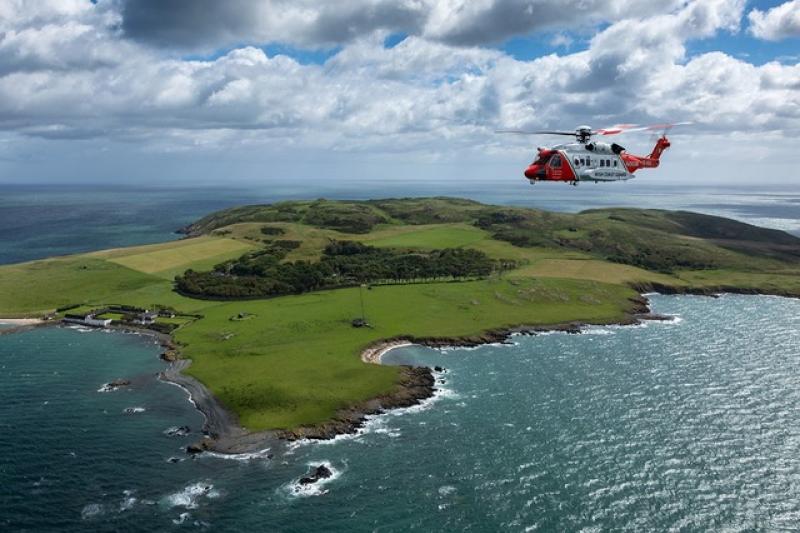 Niall's interview was cut short but as he said himself “that’s what the Coast Guard service do, when they are called they go.”

“We were on route to Roscommon when we were stood down and we returned to base,” said Paraic Slattery Captain of 118, “this can happen from time to time it’s all a part of the job.”

Robert Tatten, General Manager of CHC Ireland, who have provided Search and Rescue services to the Coast Guard for over 20 years stated, “It was very dramatic on live radio to be called out on a mission but it was a  reminder to anyone listening that we go immediately when we are called, nothing gets in the way of the mission. We would be on route 15 minutes or less after receiving an emergency call. Our brilliant staff are always in readiness 24 hours a day 365 days of the year.” 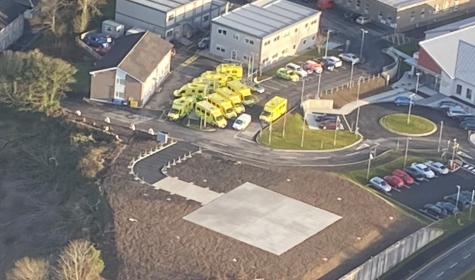 Fortunately at 11.30 the first official landing on Sligo University Hospital's new Helipad took place and was given the seal of approval by the crew of Rescue 118.

“There is no doubt that the investment of €300,000 on the new Helipad will make ours and the Hospital staffs jobs easier and assist in saving many more lives,” said Paraic.

“Since 2018 patients were landed in Sligo Airport and taken by Ambulance to the Hospital, which was never ideal. With direct access to the Hospital from the helipad we believe the benefit to patients we carry on board will be immense,” said Robert Tatten, CHC.