No group are exempt from guidelines says Leitrim TD

Over 70 on the spot fines issued 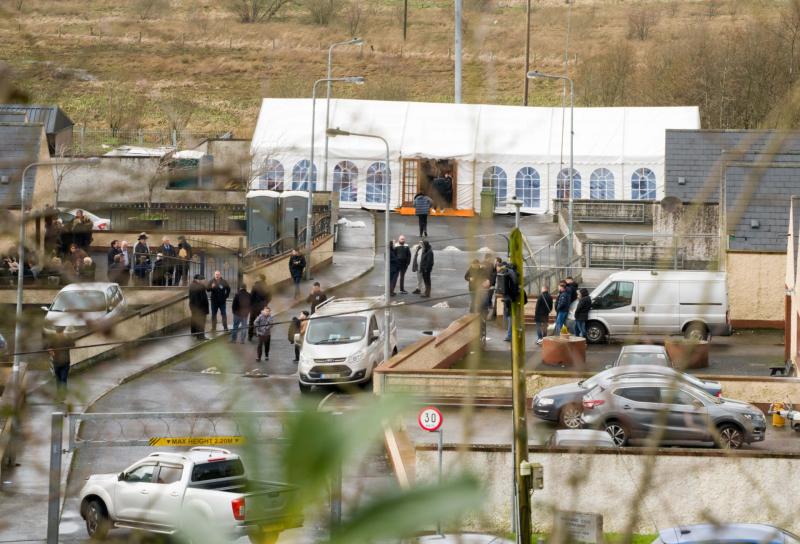 Sinn Fein TD Martin Kenny described the scenes at a funeral in Carrick-on-Shannon yesterday as very upsetting and has angered locals in the area.

Deputy Kenny said, "I have been contacted by numerous people in the Carrick-on-Shannon area who are very annoyed and upset at what took place in Carrick-on-Shannon yesterday, when hundreds of people from long distances away and many from outside the jurisdiction attended a funeral in the town.

"I believe there was a large gathering after the funeral in a marquee that was specifically erected for the event. Some of the images that were posted on social media have caused upset and anger.

"These are very difficult times that we are living in and it is especially difficult for those who have lost loved ones and have not been able to mourn and grieve in the usual way that Irish people do. There is obviously a family grieving here and I offer my condolences to them.

"However there are rules and guidelines set out by the government on how funerals should be run and we are all obliged to follow them. I have spoken to senior Gardai about this and they have informed me that they had liaised with the family, the church and the local authority prior to the funeral and that they had a Garda plan in place to manage the funeral on the day.

"I understand that there were numerous breaches of the guidelines in relation to non-wearing of face masks and social distancing and the Gardai issued over 70 on the spot fines and made a number of public order arrests. I have also been informed that Gardai are conducting an investigation into the organisation of the after funeral event.

"These rules and guidelines, while they are very difficult for everyone, the reality is they are for everyone and no one or group should consider themselves exempt," he said.