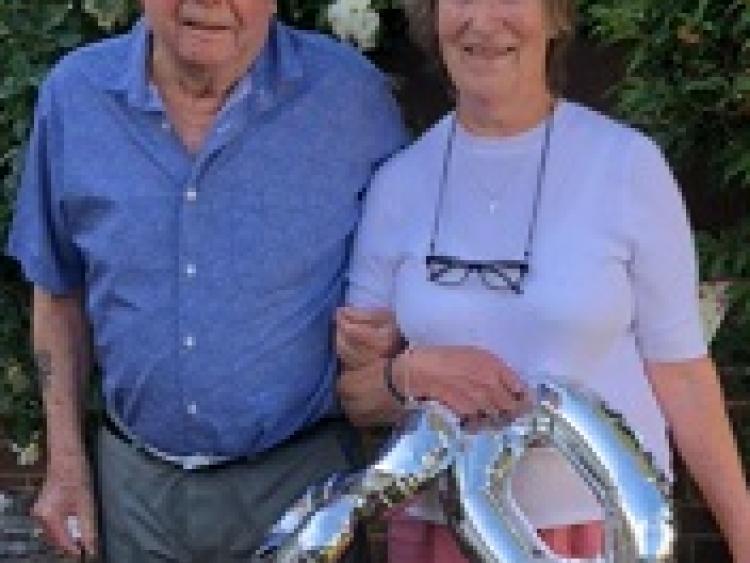 This St Patrick's Day will certainly be a special one for James and Christina Lynch who are celebrating their 60th wedding anniversary.
James Lynch from Drumliffen and Christina Regan of Corlona were married on March 17, 1961.
They now reside in West London and have two sons, one daughter, six grandchildren and one great grandson.
James, who had six siblings, grew up in Drumliffen, Kilclare and later helped in the electrics and concrete work for the cross on Sheemore.
In London he worked for a haulage company for many years.
Christina grew up in a family of ten in Corlona and worked in Carrick many years ago.
In London she worked as a cook in a local school.
Daughter Ellen told the paper “We had many holidays back to Leitrim where we have so many relatives. Hopefully when things are back to normal I can take my Mum and Dad to visit.”