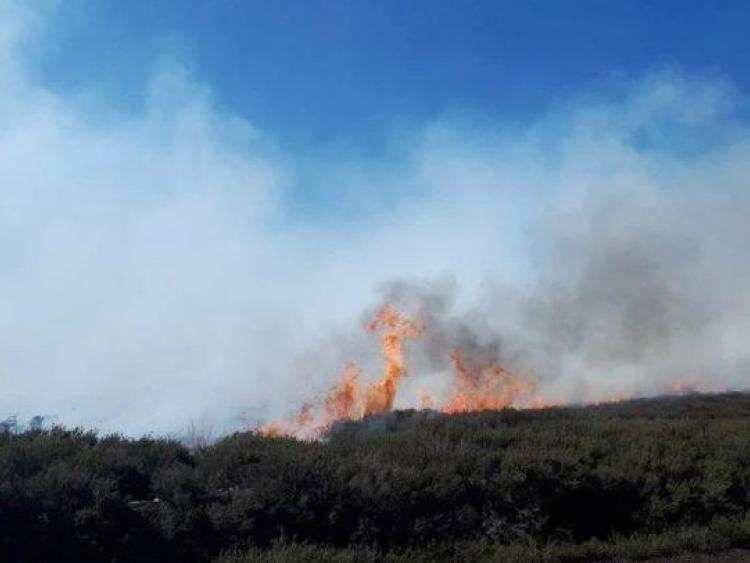 File Photo of a bog fire

“Emergency services from Roscommon and Longford were called to the Drinagh area outside Strokestown off the N5 on Saturday evening as they battled with several acres of bog fires. I was at the scene myself and it was quite a significant area which was under fire. The Curraghroe link road is a very busy road and I must commend the local fire services for getting the fires under control and thankfully there were no reports of any injuries.

“While it is not clear how the fires started, I fear that the ongoing problem with illegal dumping in the Culliagh and Drinagh areas may have exacerbated the situation. If a bog fire starts in these areas there is so much material dumped illegally which could be hazardous or volatile in a fire such as aerosols, oil, batteries, milk cartons, ashes etc which leads to widespread damage not only to the natural environment but can also put local residents or road users under threat, so it has to be taken seriously,” said Senator Murphy.

The Fianna Fáil  Senator has called on Roscommon County Council to consider employing a security firm to monitor or patrol illegal dumping blackspots such as the Culliagh area of Strokestown in a bid to tackle the problem.

“I am calling on Roscommon County Council to redouble its efforts to tackle this ongoing illegal dumping and I think the council should consider employing a private security firm to patrol or monitor these kind of blackspot areas,” concluded Senator Murphy.