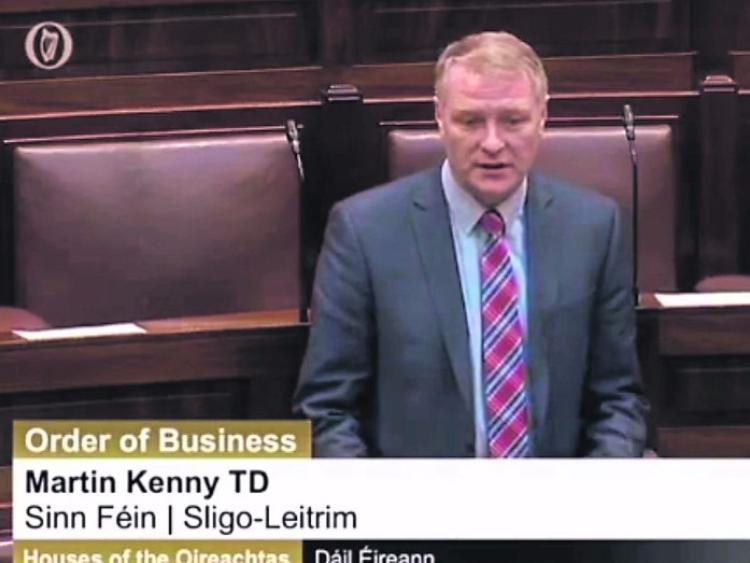 Sinn Féin spokesperson on Justice, Martin Kenny TD, has urged the government to act on his legislation to reform how sexual violence trials are conducted, to treat victims with greater sensitivity, respect and fairness.

Deputy Kenny is a co-sponsor of the Sexual Offences (Amendment) Bill 2019, which Sinn Féin published in December 2019. The legislation would protect complainants from having their personal sexual history being unfairly used against them in court.

Deputy Kenny said: “In yesterday’s Justice Committee hearing, we heard very serious and troubling accounts from charities working to support survivors of sexual violence about how our criminal justice system is operating.

“Several spoke of how victims’ personal sexual history continues to be used against them in trials, which can cause huge distress and retraumatisation for victims. Many spoke of how this can act as a deterrent against reporting a crime, as victims fear this will be used unfairly against them in a gross violation of their privacy.

“Groups also raised the serious issue of how female abusers and perpetrators are not treated seriously enough within our criminal justice system. Currently, the crime of rape can only be perpetrated by men, which means victims of female abusers do not have the same protections and access to justice.

“As I said in yesterday’s committee, it is clear that there is a need for reform in how complainants are cross-examined due to the potential for retraumatisation.

“In December 2019, I and my colleague Donnchadh Ó Laoghaire TD published the Sexual Offences (Amendment) Bill 2019, which contained provisions to address many of these issues. Our legislation also protects against complainants’ clothing at the time of an alleged attack being used as evidence in court too.

“This Bill has not been enacted two and a half years later. This is unacceptable. Our system is clearly in need of major reform. Victims cannot continue to be subjected to this unfair system. The Government must act.

“As I also outlined in the Committee yesterday, I believe other measures need to be introduced including the possibility of a companion attending court to provide emotional support to complainants, as well as increased use of video technology for giving evidence where preferred.

“Victims who bravely come forward to report a sexual crime deserve compassion, support and a fair trial. I am committed to working to ensuring that our current system is reformed.”