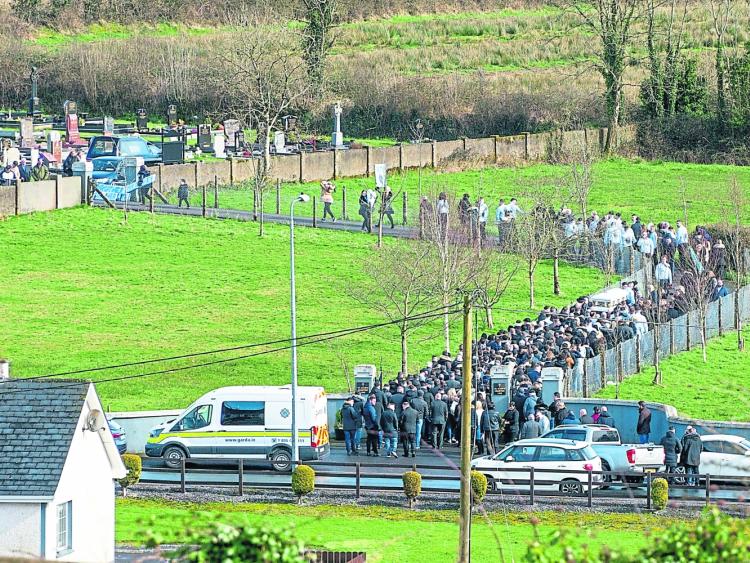 Sligo/Leitrim Division Chief Superintendent, Aidan Glacken has outlined details of the garda operation involved in the policing of a Traveller funeral earlier this month in Carrick-on-Shannon, stating gardai did as much as possible within the confines of the legislation currently in force.

Addressing concerns raised by two members of the Leitrim Joint Policing Committee at the online meeting last Monday about the funeral held in Carrick-on-Shannon over March 10-12, Chief Superintendent Glacken said he “recognised the upset and anger” the activities caused not just in Leitrim but in the wider area. 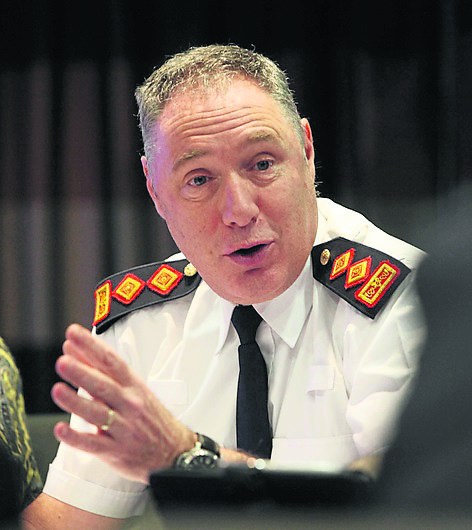 However he pointed out that some of the commentary on this incident was “uninformed, ill-judged and frankly unhelpful.”

He stated that the policing of a gathering such as this was “very difficult” but said it is “clear that many of the persons attending displayed little regard for the wider community in Carrick-on-Shannon” adding this was “particularly disappointing” when you consider the tremendous efforts made in Leitrim and the rest of the country during the last 12 months of the pandemic.

The Chief Superintendent said that gardai had acted to put in place a policing plan using all available resources as soon as they became aware that a large funeral was planned.

The Chief Superintendent noted the 5km travel restrictions currently in place but pointed out that travel to a funeral was noted as an “essential” reason for travel and was exempt from this restriction.

However, he said that some of the assurances given to gardai in advance of the event “were not kept” noting the “actions of some who congregated and those who chose to ignore guidelines on social distancing and face coverings showed scant regard for public health and the community of Co Leitrim and across the country.”

In total, 950 garda hours were engaged in carrying out the policing plan over the three days of the funeral and this included holding five public checkpoints as well as other duties.

He stressed that gardai had “no lawful powers” to take down the marquee which had been erected on private property and had made full use of the enforcement option issuing 177 fixed charge notices for a total of €19,400 for breaches of the Covid-19 legislation.

He also noted that three arrests had been made and a number of vehicles had been seized by gardai but stressed that, as matters were still before the courts, he could say nothing further.

The Chief Superintendent noted that gardai had been subject to personal provocation, to abuse, threats and insults during their work on the date in question and paid tribute to gardai for the “professionalism shown by them” in difficult circumstances.

He said, “I am not apportioning blame here” but acknowledged that a lot of the encounters gardai experienced were “from those attending from the UK.”

Referring to another funeral this past weekend in Carrick-on-Shannon Chief Superintendent Glacken said that this had “much less numbers and was more respectful of the regulations and the guidance” for Covid-19.

Cllr Finola Armstrong- McGuire noted that many local representatives had become a target for anger and abuse over the situation but thanked the gardai for their efforts to “handle a very, very difficult situation.”

JPC member, Kenny Murtagh, noted that he had counted 95 cars at the most recent funeral adding “most of them were from the UK.”

“There was no social distancing on the way up to the graveyard. It seems to be one rule for one section of society and another for the rest of us,” he said.