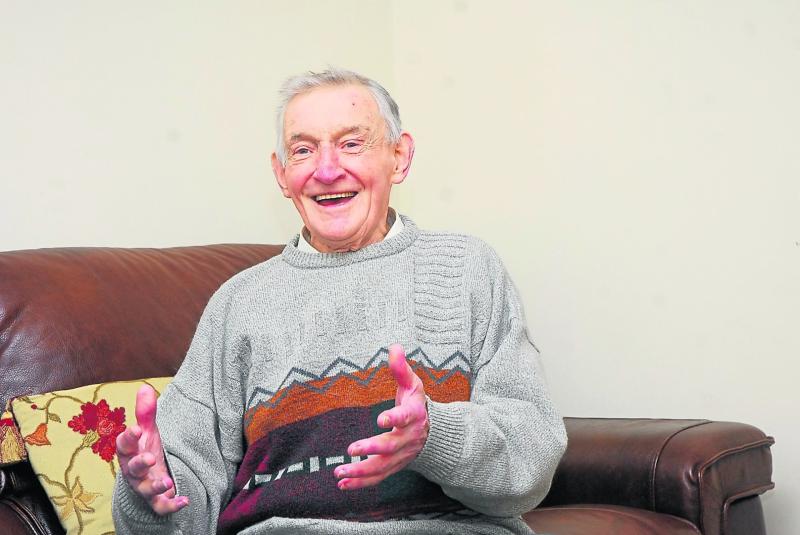 It is with profound sadness that we bring the news that the legendary Leitrim footballer Pakie McGarty has passed away in Dublin.

Leitrim's greatest ever footballer, a revered figure in the county and further afield, was a superstar of his time.

He played in four Connacht Senior Football Championship finals with Leitrim, from 1957 to 1960, narrowly losing in 1958 as McGarty famously left the field with his jersey ripped to shreds, the only way the Galway backs could stop him.

Many spectators and indeed even the Galway players in later years, said his performance that day was one of the all-time great Gaelic football forward displays.

He played on his first Connacht Railway Cup team at the age of just 20 in 1954 against Munster in Tralee, being marked by no less than the Kerry captain James Murphy who captained his side to the All Ireland the previous year.

The great Leitrim team of 1958 with Pakie McGarty pictured fourth from the left in the front row.

Playing in his debut alongside legends such as Padraic Carney, Seán Purcell, John Nallen and Tom Langan, Pakie scored 1-4 as Connacht prevailed and he announced his enormous talent to the world.

Pakie won his first Railway Cup with Connacht in 1957 and won a Connacht Junior Football Championship in 1952.

He was included on the Gaelic football team of the century, of the great GAA footballers who never won an All-Ireland medal.

He was also the only Leitrim Player chosen on the Connacht GAA team of the millennium.