The funeral of legendary Leitrim footballer Pakie McGarty is taking place in Dublin this morning.

Regarded as Leitrim's greatest ever footballer, he was a revered figure in the county and further afield and was a superstar of his time.

He played in four Connacht Senior Football Championship finals with Leitrim, from 1957 to 1960, narrowly losing in 1958 as McGarty famously left the field with his jersey ripped to shreds, the only way the Galway backs could stop him. 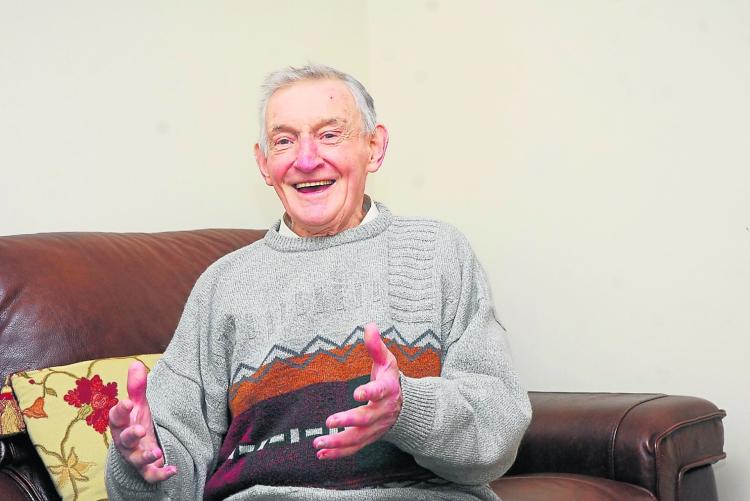 He passed away peacefully at home at Terenure surrounded by his family on Monday night.

Packie’s Funeral Mass is being streamed live from St. Pius X Church, Templeogue this morning at 10am: https://www.churchservices.tv/piusx

He is survived by his wife Ellen and children Christine, Jean, Padraig, Michael, Mary, Aileen and Eamonn.

Those who would have liked to attend the funeral, but due to current restrictions cannot, may leave a personal message at: https://www.masseybrosfuneralhomes.com/funeral-notices

The Leitrim Observer would like to extend our sincere sympathies to Pakie's family on their great loss.

May he rest in peace.