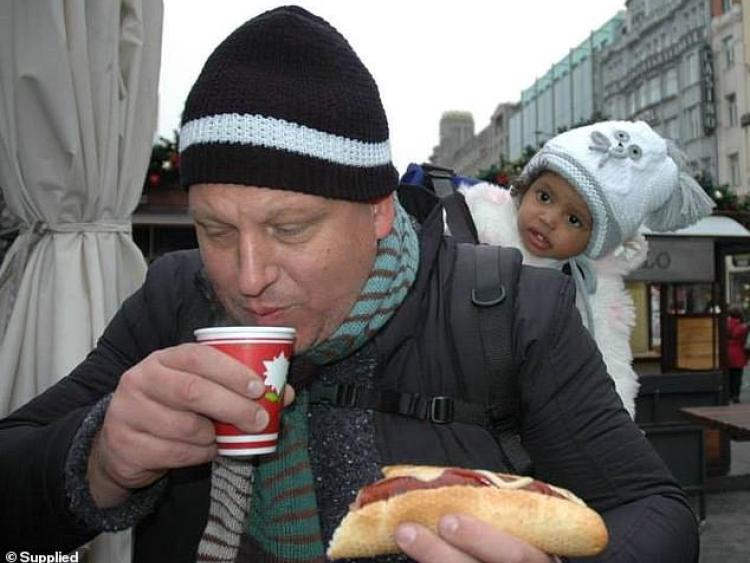 Fianna Fáil Senator Eugene Murphy is calling on the Government and the Minister for Foreign Affairs to intervene in the case of an Australian engineer and businessman who has been detained in Iraq with no explanation, and no contact allowed with his distraught wife and three children, who are Irish citizens, resident in Elphin, County Roscommon.

The Roscommon/Galway Senator is due to raise the issue in the Seanad this morning, Monday, April 26th.

Robert Pether, who is originally from Sydney, Australia was arrested on April 7th when he arrived at a meeting with his client, the Central Bank of Iraq, in Baghdad. Senator Murphy has been in touch with Mr Pether's wife, Desree and he is seeking intervention from the Irish Government and Minister for Foreign Affairs in a bid to have Mr Pether released.

“Mr Pether’s wife Desree is distraught- she and her three children are Irish citizens and they have been living in the old Convent in Elphin for the past number of years and often travel to be with Mr Pether at his job sites while he also visits his family in Co Roscommon. Mr Pether is held in high regard in the Elphin community, and everyone is anxious to see him released,” said Senator Murphy.

Mr Pether has been working on rebuilding projects across war-torn parts of the Middle East for the past 10 years and regularly travels between Iraq, Abu Dhabi, Dubai and Bahrain as part of his job.

“I understand that while working on site in Dubai, Mr Pether and his manager were contacted by the Central Bank of Iraq, which demanded they return immediately for a meeting to resolve a dispute about a new building project in Baghdad. When they arrived, they were immediately taken into custody and I understand that both men are now in solitary confinement but are being treated well. It seems to be some sort of contractual dispute and Mr Pether has unfortunately become caught in the middle,” said Senator Murphy.

The Fianna Fáil Senator said that Desree knew that something was wrong almost immediately. “Mr Pether had a habit of calling his wife and children several times a day and after several days without contact, Ms Pether was finally able to talk with her husband's company, who told her that Mr Pether and his associate had both been detained,” said Senator Murphy.

Senator Murphy is raising the issue in the Seanad this morning.

www.leitrimobserver.ie will be following this story with further updates as they become available.