The Sky From Here: Charlie McGettigan and grandsons in concert 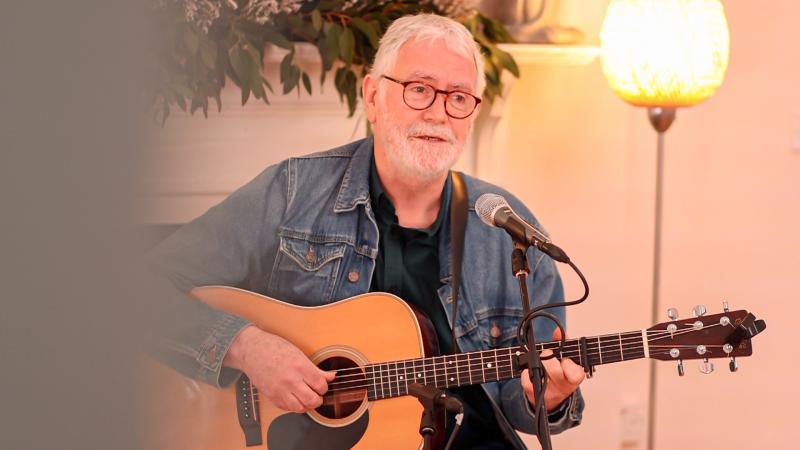 The Sky From Here concert series concludes this Thursday, April 29 with a concert featuring Charlie McGettigan with his grandsons Pádraig and Cathal Bennett.

The last of The Dock's four exclusive live streamed performances by musicians and bands all with a connection to Leitrim features the wonderful Charlie McGettigan who is joined by his very talented grandson Pádraig Bennett and Pádraig's younger brother Cathal. 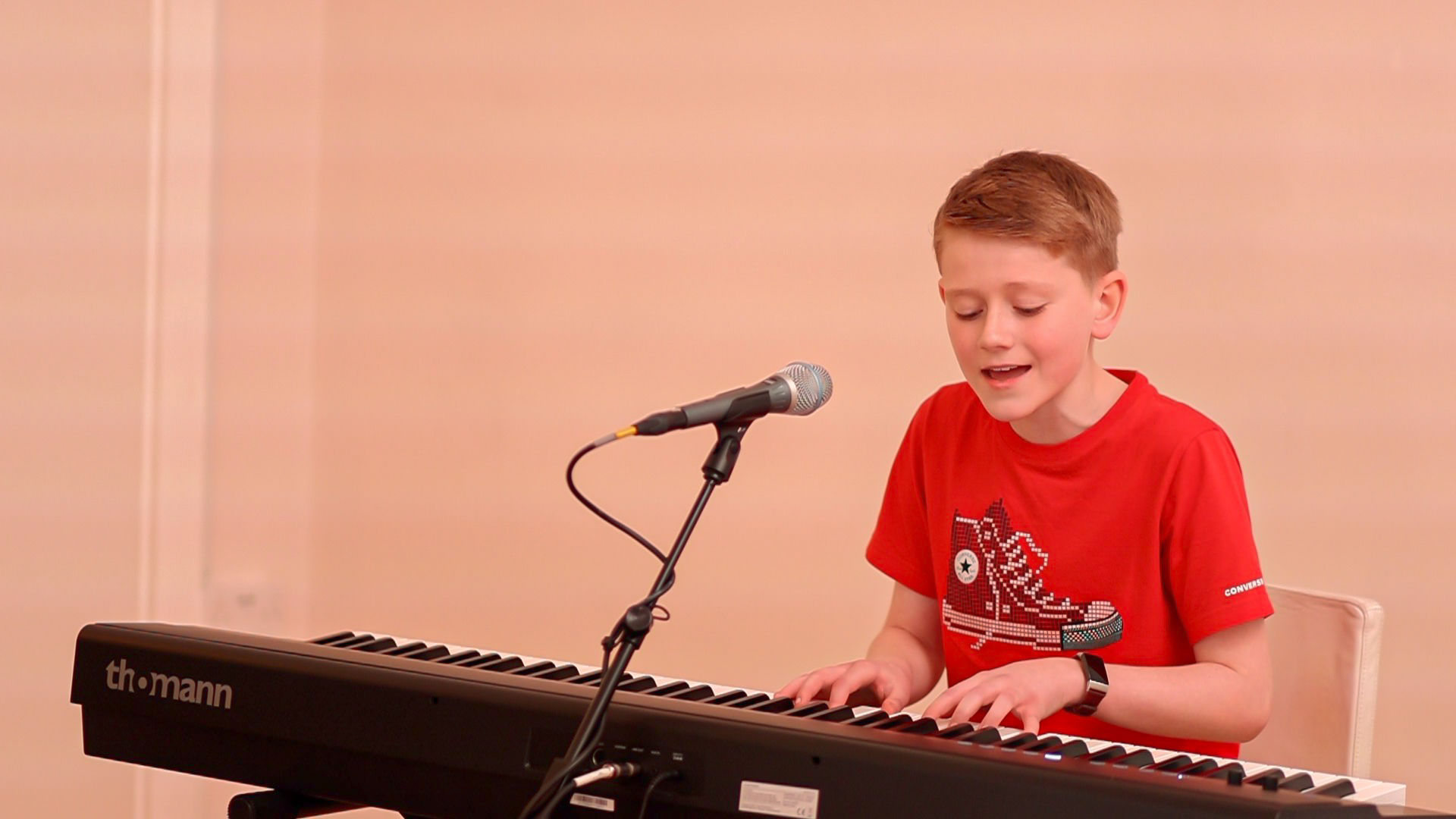 Recorded live in The Dock the concert offers a mix of original songs by both Charlie and Pádraig.
It also features a new song specially commissioned by The Dock from Charlie and Pádraig. Drumshanbo was the inspiration for that new song. Charlie spoke to us during his recording session about the song.
“It’s lovely to write songs about places you love - Spancil Hill, the Cliffs of Dooneen spring to mind - and I have written many such songs.
“However when asked to write a new song about my home place I thought it might be nice to get a young person’s perspective on my home place of Drumshanbo. My grandson Padraig Bennett has been coming here since he was a baby seventeen years ago. He has always loved Drumshanbo and still loves coming here so the two of us set about writing 'The magic of Drumshanbo Town.'”

The concert will be streamed on www.thedock.ie on Thursday, April 29 and can be viewed until Sunday May 2.
A longtime and proud resident of Leitrim who can still joke that he is a ‘blow-in’ Charlie McGettigan will be no stranger to local, national and indeed international audiences.

He started his musical career in the 1960s in various rock bands in Donegal. Moving to Dublin in 1968 he honed in on the thriving folk scene there at the time. In 1973, Charlie formed the highly successful group Jargon, which went on to win the prestigious Letterkenny Folk Festival.
Charlie’s songs have been recorded by many artists and he joined forces with Paul Harrington and Brendan Graham to win the 1994 Eurovision Song Contest for Ireland with “Rock n Roll Kids.”

Pádraig Bennett is a 16-year-old 5th year student at Maynooth Community College who has been studying music from an early age. He is an accomplished violin player currently studying for his Senior Certificate and also plays with the Dublin Youth Orchestra, he also sings with his award winning School Choirs and has toured both here in Ireland and abroad with them.
During the lockdown Pádraig began to focus on writing his own music, his first single ‘Two of Us’ is his creative expression of the lockdown and its impact on him and those around him. 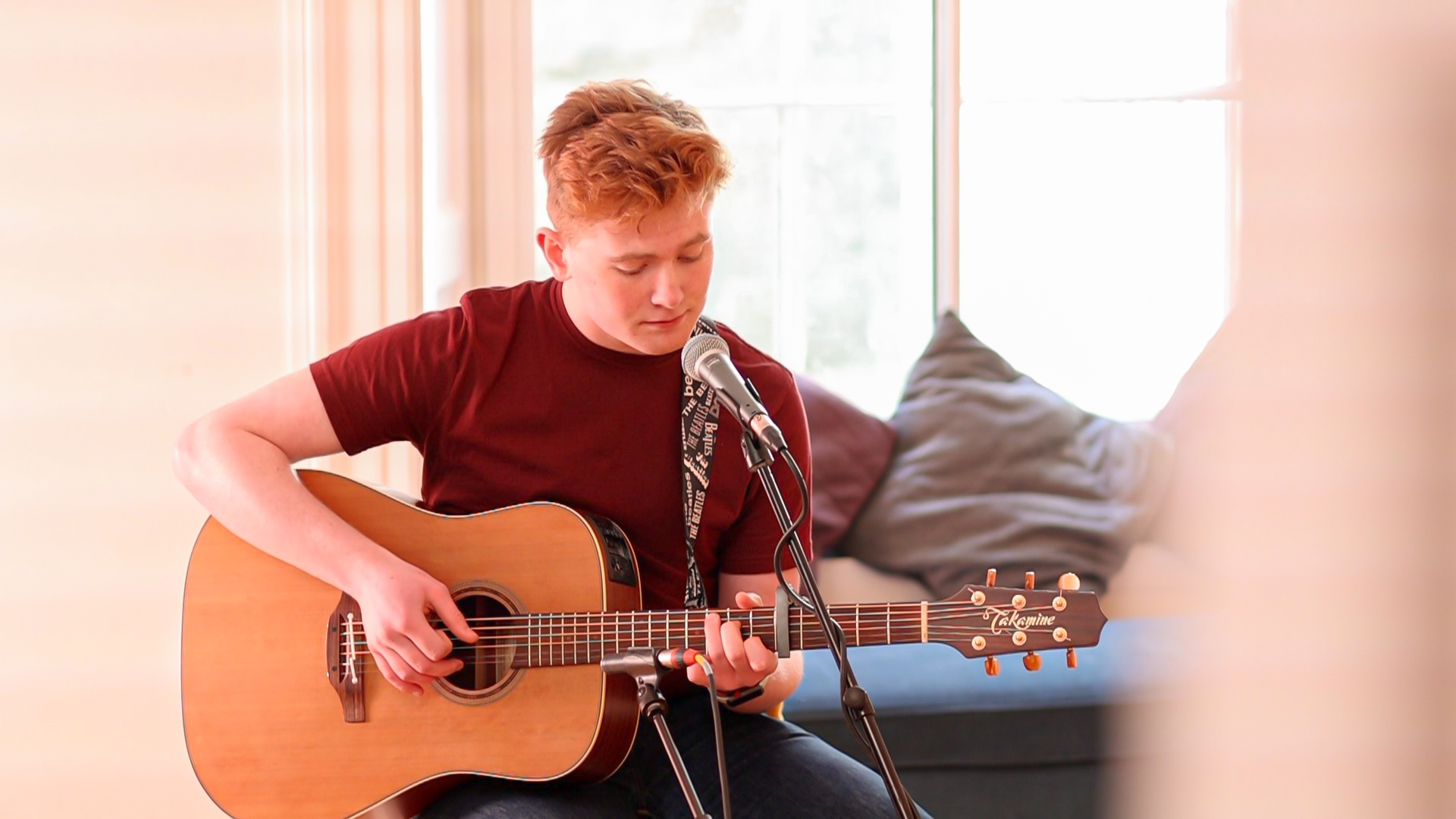 The Sky From Here series is a celebration of place and the rich musical talent that exists in the area. It is produced by The Dock with funding from The Arts Council and Leitrim County Council in association with The Leitrim Observer.