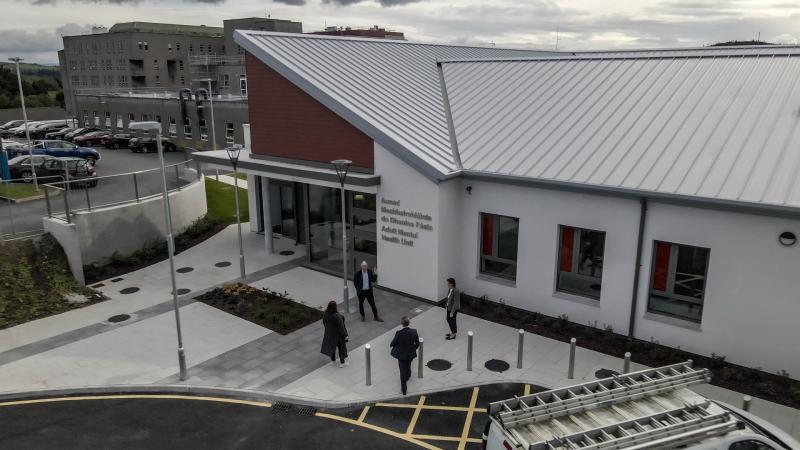 The Mental Health Commission (MHC) released an inspection report of a new mental health unit in Sligo University Hospital which scored an overall rate of compliance of 88%.

“The new centre in Sligo replaced a unit that was housed in a building dating from the 1930s with residents accommodated in a mixture of single and shared accommodation,” said the Chief Executive of the Mental Health Commission, John Farrelly. “In contrast, all the bedrooms in the new, purpose-built centre are single and en suite, and most importantly, all residents are being afforded more privacy, dignity, and respect - all of which are key to recovery.”

The Adult Mental Health Unit in Sligo is a newly built acute centre that was opened in early October 2020. It is located on the grounds of Sligo University Hospital and replaced the previous admission unit in nearby Ballytivnan. The new facility has accommodation for up to 25 residents in single, en suite bedrooms.

The centre achieved 88% compliance on its first inspection, with three moderate risk and one low risk non-compliance recorded. There were two conditions relating to staff training and risk management attached to the registration of the centre. The centre was not found to be in breach of either condition on inspection, and it was compliant with the associated regulations.

Positive aspects identified by the inspection team included observations that ligature points had been minimised to the lowest practicable level; all bedrooms were single en suite rooms; the centre was kept in a good state of repair externally and internally; and it was clean, hygienic, and free from offensive odours.