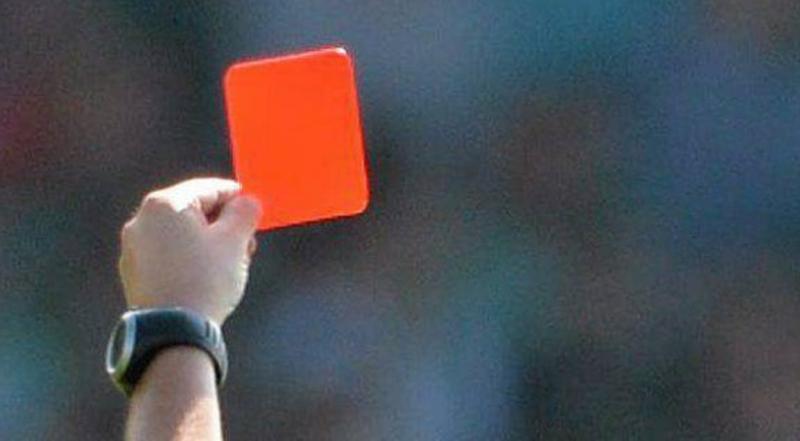 Eight players were sent off as a Donegal minor club game between Glenswilly and Aodh Ruadh came to a controversial end last night.

The game in question was the Division One meeting of Glenswiily and Aodh Ruadh at Pairc Naomh Columba.

The eight players - four from each side - received their marching orders in the closing seconds after what one eyewitness described as “a short melee involving players from both teams.”

The incident began when the referee, Declan Callaghan, hopped the ball close to the sideline. Glenswilly were leading by a point at the time with time almost up.

A Glenswilly player won the hop and was immediately tackled by a number of Aodh Ruadh players before a free-for-all involving a number players from both sides.

When the dust settled the referee Declan Callaghan flashed the eight red cards and then blew the final whistle.

It is believed the game up to that point had been competitive but totally incident free. Nobody from the Donegal county board was available to comment on the matter. Glenswilly won the game 2-6 to 1-8.