Group seeks to secure future of Kinlough Church of Ireland 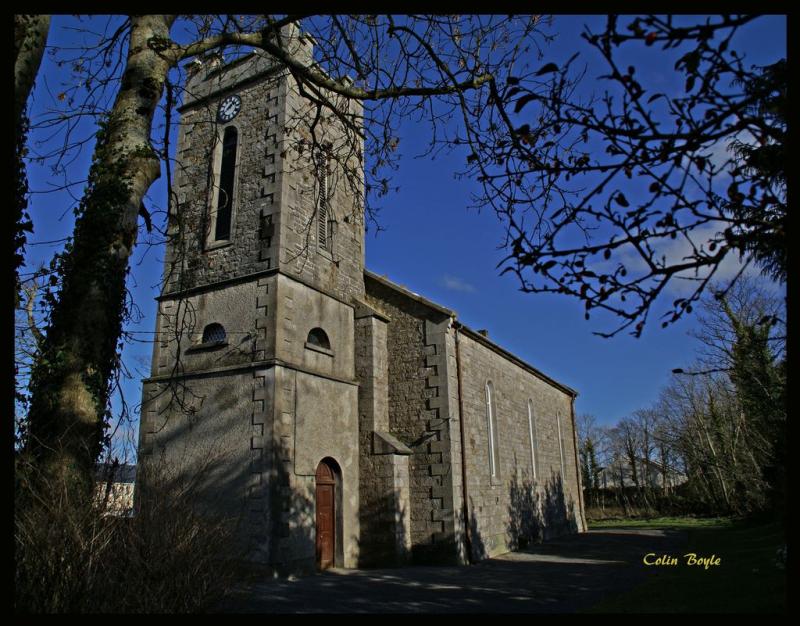 As part of a major community effort to restore and preserve for future generations the Church of Ireland in Kinlough, a series of events will take place in the historical building starting with a discussion on Leitrim’s experience of World War 1 on Sunday, November 14th.

The most significant renovations in living memory have been on-going over the summer months to restore the clock tower and waterproof the church. The church, also known by its titular title of Rossinver Parish Church, is in the heart of Kinlough Village and was built in 1820. The base of its tower is reputed to date back much earlier to the 12-14th century due to the different stone found in its base.

The restoration works will cost €45,000. The parish secured a grant of €20,000 from the Leitrim County Council’s Historical Structure Fund 2021 leaving the small congregation of approximately 30 people with a fundraising target of €25,000.

The ‘Friends of Kinlough Church of Ireland’ group has been formed and tasked with steering this fundraising effort. The group also intends putting on a series of events designed to showcase the Church as an important community amenity as well as a place of worship and a building of considerable historical significance.

Leitrim Echoes of the Great War

The first such event will be a discussion on Leitrim’s contribution to and experience of World War 1 with Ballinamore historian Padraig Griffin, author of ‘Leitrim Echoes of the Great War’. The retired teacher and father of Leitrim Olympian, Colin Griffin, spent almost 40 years researching the topic prior to the publication of his acclaimed book in 2019.

The Leitrim list of the dead records 353 men and one woman, Staff Nurse Margaret Annie Cox of the Territorial Force Nursing Service, who died in the war. The walls of the church include a memorial to Robert St. John Blacker Douglas who was killed in WW1.

The free event will take place in Kinlough Church of Ireland at 3pm on Sunday, November 14th. All are welcome. Light refreshments will be served afterwards in the parish hall prior to the annual Remembrance Service in the church which will take place at 4.30pm. Again, all are welcome to attend the service.

Other events as part of the awareness and fundraising drive will include a table quiz in The Angler’s Rest on Thursday, December 2nd at 8pm, a guided tour of the old graveyard including introductions to some of its historied residents, a Come Dine with Us community dinner, and a concert in the new year in the church featuring one of Ireland’s leading musicians (full events calendar to be released before Christmas).

The group has also set up a GoFundMe page to seek contributions to their fundraising target of €25,000. No donation is too small. Go to if you’d like to contribute: https://gofund.me/ba0b8692

Due to the small congregation, the parish alternates monthly services with the Church of Ireland in Bundoran. To secure the Rossinver Parish Church’s future, the ‘Friends of Kinlough Church of Ireland’ are exploring suitable co-usages for the building and grounds, including engaging with Leitrim Council to identify potential opportunities for the local community.

There was a small national school on the grounds which operated until the 1960s before becoming the parish hall while a library was also once housed for the local community in the church. The grounds host the village’s popular annual Dog Show and have in the past hosted many social gatherings, concerts, car-boot sales, and fair days.

Mae Regan and her late husband Oliver and family erected the clock in the tower in 2003 in memory of their son and brother Gordon who died in a road traffic accident in 2002.

You can keep abreast of all planned activities on the Church’s Facebook page: