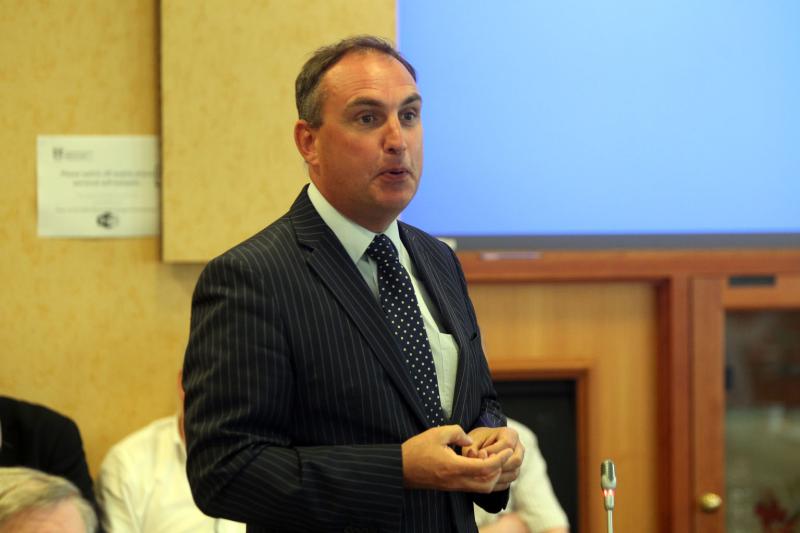 Sligo Leitrim TD Marc Mac Sharry has issued a statement in support of the Treasure Leitrim campaign opposing the granting of a prospecting licence for gold in North Leitrim by Environment Minister, Eamon Ryan.

Deputy MacSharry said “ It defies logic that amidst a housing crisis nationally and indeed locally, families  are prohibited from getting planning permission for a modest family home in rural County Leitrim but yet Green Party’s Environment Minister Eamon Ryan is preparing to grant prospecting licences to Flintridge Resources Limited for gold.

As a nation we declared a Climate and Biodiversity Emergency in 2019,  in recent weeks we have issued Carbon budgets and this very week our Taoiseach & Government will participate in the CAP26 Global conference on our global warming crisis.  It beggars belief that we are contemplating permitting Gold prospecting in a County which with the support of many others succeeded in outlawing fracking in 2017 after a decade long fight to protect ground water and the local environment.

The people of North County Leitrim must be listened to by Minister Ryan and Government.  They have a vision for their county, one which is sustainable, promotes environmental best practice in farming and the rural economy and one which is very far removed from the blind profitability of multinational prospecting companies.  Mining  practices employed are among the highest contributors to emissions and can lead to substantial waste including deposits of mercury and cyanide which are used to extract the gold from the rock.  This can threaten air and ground water quality which will spread far beyond North Leitrim.

The BBC broadcast their investigation into this issue on their ‘Spotlight’ show and its impact on the community throughout County Tyrone.  Deputy MacSharry says “ Everyone needs to look at this documentary to appreciate the experiences of our neighbours.  There is simply no way given the challenges posed to our health, and the environment and water and air quality that we should contemplate prospecting or mining for gold in our region”

There should be a moratorium on all such mining in all of Ireland at a minimum until European Proposals on the Circular Economy are debated, agreed and transposed into Irish Law in order to embrace best practice climate change management strategies.   I would encourage everyone to lodge their own submission in opposition to the proposed gold prospecting and mining in North County Leitrim.  A template can be accessed here: www.foe.ie/takeaction/object-to-mininglicences-inleitrim/.

In conclusion Deputy MacSharry said “ Minister Ryan must not grant these Licences.  He must respect the will of the people of County Leitrim in this regard. “