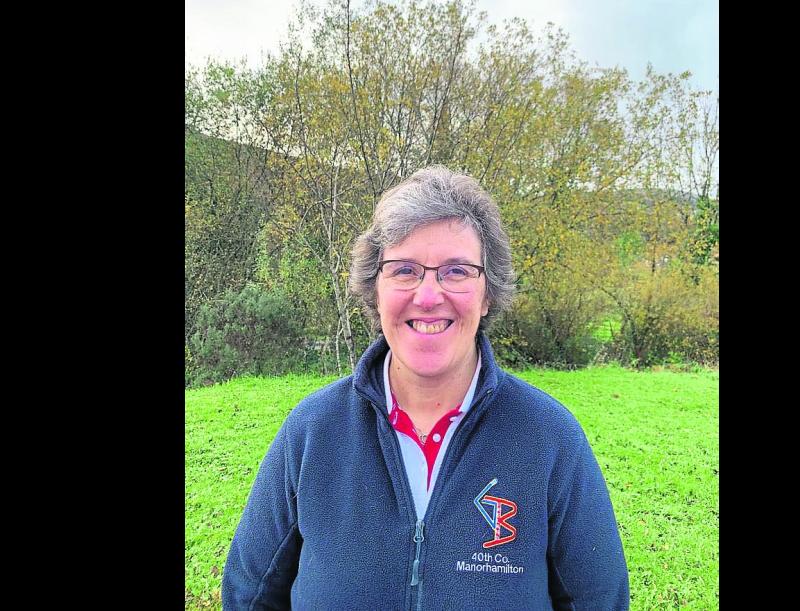 Popular Manorhamilton lady and local Girl's Brigade pioneer, Shirley Hewston has made it into the final select list of three candidates from which the prestigious national Volunteer Ireland Volunteer Manager award winner will be announced in Dublin next month.

Reacting to this recent news, a number other leaders of Manorhamilton Girl's Brigade say they “are delighted to announce that our Captain and Team Leader, Shirley Hewston had been shortlisted as one of the three nominees in the category Volunteer Manager for the Volunteer Ireland Awards 2021.

“This is in recognition for leading the 40th Company Manorhamilton Girls' Brigade for over the last twenty-five years. It is such an amazing achievement for Shirley, and our whole Girl's Brigade team are thrilled at this announcement.
Shirley founded the Manorhamilton Girls Brigade in 1997 and has worked alongside and brought together numerous volunteers in all those years bringing together people and the whole local community, and other groups to create amazing experiences for young girls, their families and the community as a whole.

“Manorhamilton Girl's Brigade group, as she herself grew up in a Dublin company from the age of three years; so she understood the value an organisation could bring to young girls in Manorhamilton. For the past twenty-five years every Thursday night Shirley has devised a varied and creative programme of activities designed to educate, challenge and inspire girls of every background and ability from age 3 years to 18 years, on a completely voluntary basis.

“The success of an organisation of this kind, is down to Shirley who leads a team of volunteer helpers by passing on her passion and dedication to them, which just infectious. Over the years there has been 600 girls and young women who have been part of the group, and this is a testament to the person she is and what she gives to the GB members.
“Shirley realises the importance of every member, including her team of volunteers, and actively encourages and grows the team through building excitement and volunteering training skills by including the next generation. She introduced a young helpers team which are made of young teenage members who volunteer in the younger section of the company. She is truly an amazing role model for all the members of the organisation.

“ We wish Shirley all the very best as she represents Manorhamilton Girl's Brigade, our community and Co. Leitrim (when) she attends the Volunteer Ireland Awards in Dublin on Friday, December 3rd.”