Daniel at Sixty - documentary on TV 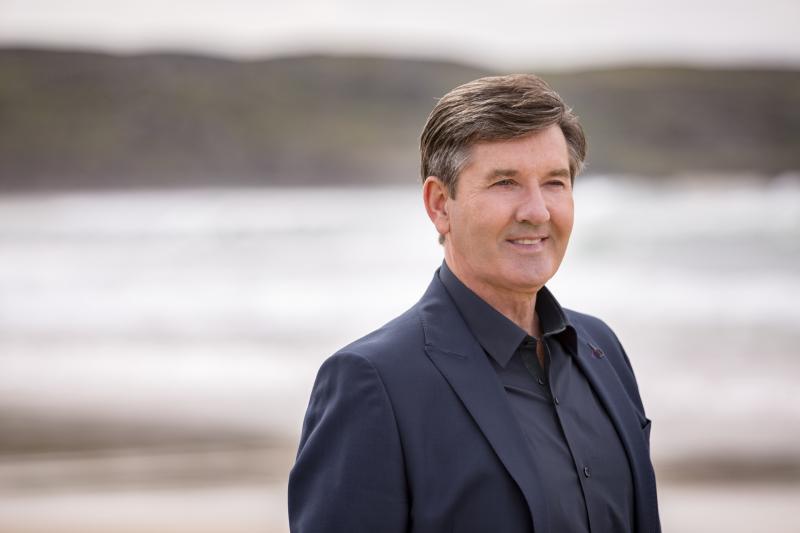 A landmark arts documentary exploring the life and career of softly spoken superstar crooner and undisputed National treasure, Daniel O’Donnell, will be shown on RTE One tomorrow, Tuesday, December 28 at 9.25 on RTE One to mark his 60th birthday.Daniel at Sixty is a fascinating and revealing insight into the man himself with exclusive access to Daniel during his recent UK and US tour, and contributions from friends, colleagues and fans who have played an important role in his private and professional life over the years.

Veronica Cunningham, Producer and Director, Waddell Media says “We have been given extraordinary access to Daniel behind the scenes at his concerts in Birmingham, Blackpool and Llandudno as well as joining him at his triumphant return to Branson Missouri for his traditional run of pre-Christmas shows. This is a timely and illuminating film which offers an intimate, poignant and entertaining profile of this much-loved artist from his boyhood in Donegal to becoming an internationally celebrated entertainer.”

There are also revealing interviews with his family, as wife Majella, sister Margo (and Daniel’s eldest brother John Bosco O’Donnell in a TV first) talk about their relationships with Daniel over the years. Daniel’s best friend since school PJ Sweeney, his friend and mentor Philomena Begley, Dungloe postman Owen Doyle and the two Donegal boys who produced his viral ‘Down at the Lah De Dah’ video also pay tribute to the man alongside some famous faces wishing him a Happy Birthday including Sir Cliff Richard, Garth Brooks and Nathan Carter.

Daniel is one of the most prolific and popular recording artists Ireland has ever produced. Since releasing his first album, The Boy From Donegal, back in 1984 he has gone on to achieve world-wide success, selling over ten million records and becoming the first singer to have a different album in the British charts every year for 34 consecutive years. To date he has now amassed 40 Top 40 albums, including 18 Top 10 albums, with 16 of them this century, a feat that has not been achieved by any other recording artist. Although he found professional success early on, Daniel’ s own life has not been without its trials. His father Francie passed away when Daniel was only six, leaving his impoverished mother to raise the family alone. His older sister Margo, also a well-known performer, found life on the showband circuit tough and leant on alcohol, ending up in rehab and estranged from her brother. The pair only reconciling very recently. And in recent years he has also supported his wife Majella through her breast cancer diagnosis and treatment. In addition, his charity work, notably for The Romanian Challenge Appeal, has also made a lasting impact in the lives of many people in need across the world.

As well-known for his dedicated fans as he is for his music, Daniel has always had an easy rapport with his audience. Over the years he has often been parodied for his unashamed ‘Mammy ’s Boy Image’, 80’s mullets and pastel knitwear, famously inspiring the boyish and dim-witted television presenter and pop superstar Eoin McLove in Father Ted. Taking it all in good humour, Daniel has had the last laugh as he continues to play to packed out concerts at home and abroad.

And despite the obvious restrictions brought on by lockdown, Daniel has continued to reach out to audiences large and small. From his solo open-air concerts for elderly residents ‘cocooning’ in Donegal hospitals and care homes, not forgetting his and Majella’s regular, sometimes slightly unscheduled, Facebook Live appearances.

With exclusive access to Daniel, his family and friends and an archive trip down memory lane, a family album of pictures and some behind the scenes bloopers from La De Dah, Daniel at Sixty promises to be an entertaining and honest insight into the life of a local hero at 60.

‘’I never thought, you know, when I started singing. I could never have imagined how it would work out or how it would pan out. I’m so grateful for all the things that’s happened and over the 60 years, all the people that have come into my life’’ Daniel O’Donnell November 2021

‘’I suppose if I can be remembered as somebody that brought people together, there’s too much dividing the world. And if I was known that I brought some together, I would be very happy’’ Daniel O’Donnell November 2021.

Telephone counselling service to open every day over Christmas