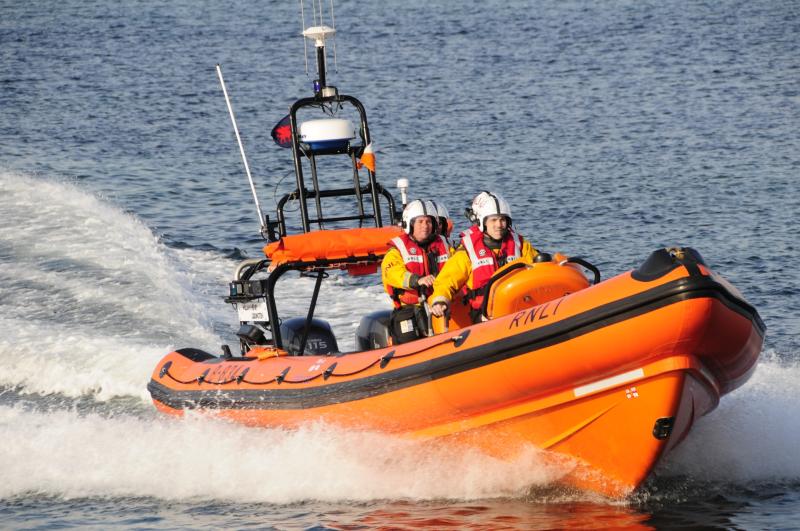 The volunteer crew of the Bundoran RNLI Lifeboat was called out to reports of a surfer in difficulty on New Year’s Day afternoon. The emergency call was placed to Malin Head Coast Guard just after 3pm on Saturday, 1st January, 2022 with the volunteer crew launching just five minutes following the alert.

The surfer thought to be in difficulty was surfing on the Peak and the lifeboat was on scene within one minute of launching. After a few minutes in the area and having spoken to a surfer in the water, it was determined that all was okay and that the call was one with good intent. As a precaution, the Sligo based Rescue 118 helicopter had been launched from Strandhill and also did a sweep of the area.

Speaking on their return to the station, helm Richard Gillespie advised people along the coast to be alert ‘today was a call with good intent – we would always urge people who think that they see someone in difficulty on the coast to call 999 or 112 and ask for the Coast Guard. We would always rather launch to check something out than not be called at all.’