Looking back at 2021 in Leitrim - September 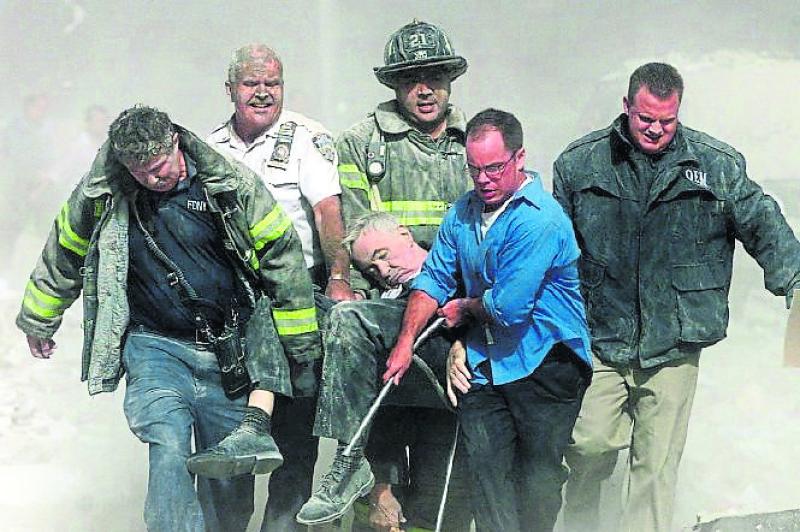 There were dramatic scenes at Upper Main Street in Mohill following the partial collapse of a building facade on Thursday, September 9.
Plaster rained down on a nearby footpath from the premises locally known as Clarke's bar and hotel.
Gardai were called to the scene and traffic was diverted as a precautionary measure. The pub and hotel section of the premises had previously been damaged in a fire in December 2013.
Officials from the Council met with the owner and his structural engineers to determine the condition of the building.

Twenty years on from the 9/11 attacks in New York, there was and remains a growing campaign calling for Father Mychal Judge to be considered a saint.
Fr Judge, whose parents came from Keshcarrigan and Drumkeerin, was the first recorded victim of the terrorist attacks on the World Trade Center.
Fr Judge was a chaplain with the New York City Fire Department. He died on September 11, 2001 while administering last rites in the lobby of the North Tower.

Confirmation that over-the-counter cash services were ending in Manorhamilton's AIB branch was described as a “kick in the teeth” for the North Leitrim community by local Independent councillor, Felim Gurn.
The area was still reeling from Bank of Ireland's announcement earlier this year of plans to close its branches in Manorhamilton and Drumshanbo.

The passing of former Leitrim County Councillor, Francis Gilmartin on Sunday, September 26, was met with deep sadness across the county and particularly in his home area of Keshcarrigan and Kiltubrid.
A hugely popular figure in the community, Francie as he was best known, was elected to Leitrim County Council in 1999 for Fianna Fáil and went on to represent the interests of his local community and the county as a whole with great determination and energy.