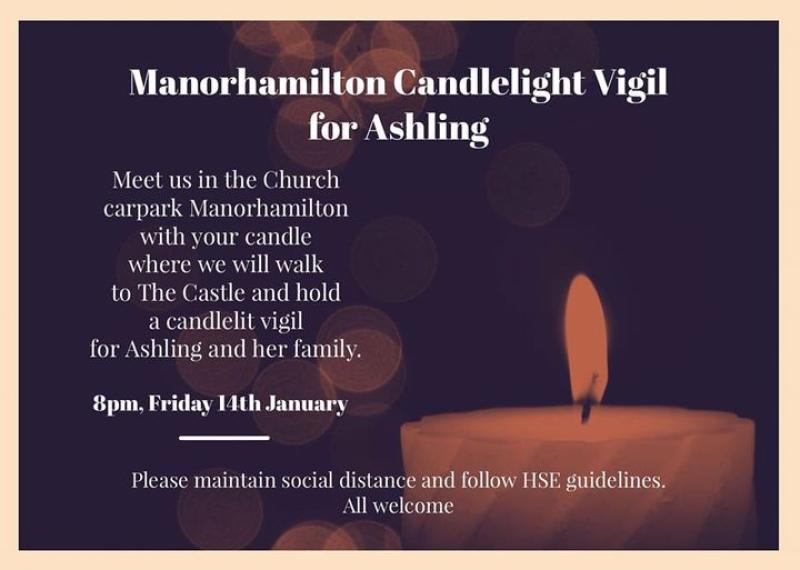 There are a number of candlelit vigils for the late Ashling Murphy being held around County Leitrim this evening, Friday, January 14.

Two vigils are being held in Manorhamilton, the first will gather at the Market Square at 7.30pm and the other will meet at the Church car park at 8pm, they will join together in memory of Ashling "and to the women we've lost before her." 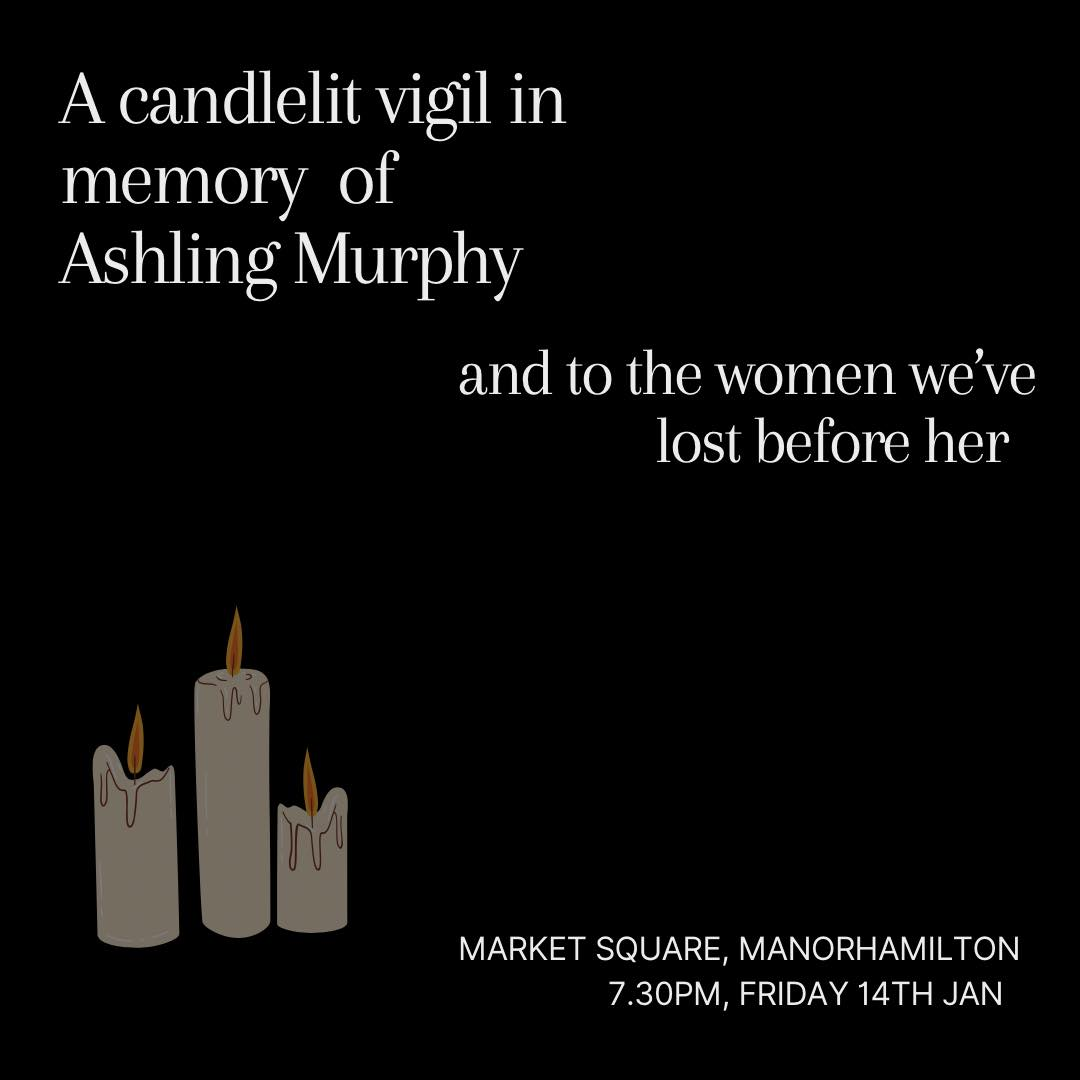 Mohill ladies are holding a candlelit vigil for Ashling Murphy RIP at 8pm in the local park this evening (Friday, January 14).

Mohill Lagies GFC said, "A beautiful young girl with so much life ahead of her. We are just shocked and distraught to think something like this could happen while out running.
We invite anyone who wishes to join us to come together and we plan on going for a walk on the walking track afterwards in a mark of respect and solidarity for Ashling, her family and friends to whom we extend our deepest sympathies.
We also want to demonstrate a sense of togetherness in the face of violence and hope for a brighter future for our daughters, sister, mothers and friends. Every girl should come home safely #shewentforarun"

Ballinamore is holding a candle lit vigil for Ashling at The Square at 6pm there will be words, music and poetry.

The public are being invited to light a candle in your home at 8pm and hold a one minute silence with your household.

If your community is holding a vigil - let us know at news@leitrimobserver.ie or Whatsapp 0857480043

Ashling Murphy, a 23 year old school teacher, was murdered while out for a walk near Tullamore, Co Offaly, on Wednesday, January 12th, a crime that has shocked and horrified the nation.

Gardai are continuing their investigations into her murder and last night a man who was detained for questioning in relation to her death was released from detention.

The man has been eliminated from Garda enquiries and is no longer a suspect.

An Garda Síochána continue to investigate the fatal assault.