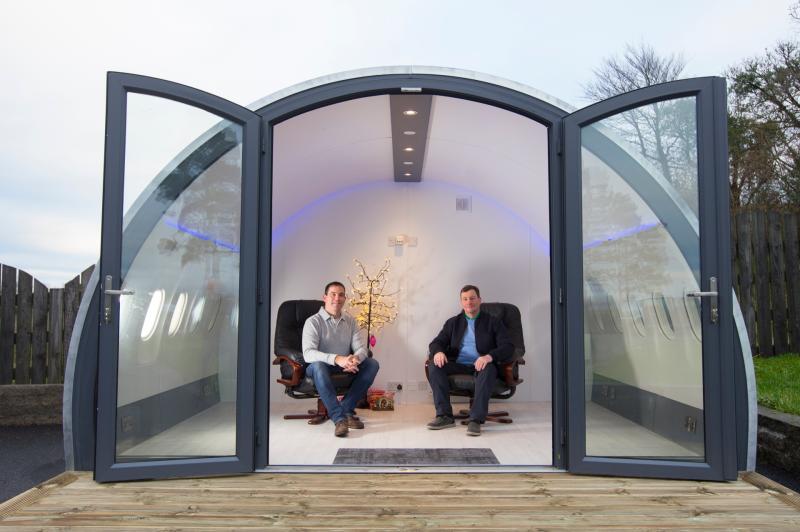 With the re-opening of society looming large on the horizon, many people are finally looking to take that holiday they have put off for the last two years or so.

While many of us are dreaming of a trip abroad on an aeroplane, two Leitrim men are also dreaming big about aeroplanes, but for a very different reason. 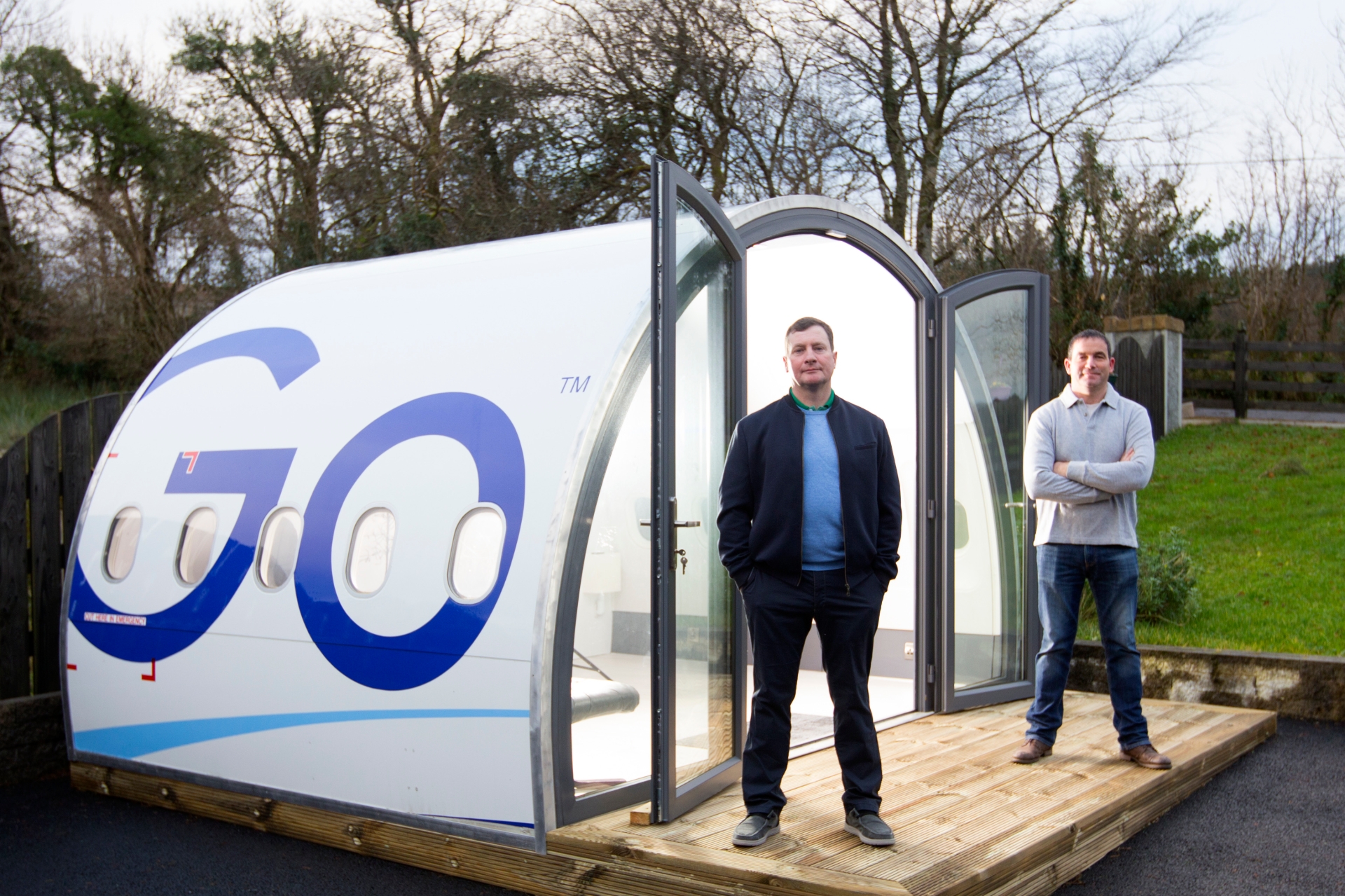 Step forward Kevin Regan and Stephen Thornton who have found a niche in the market by capitalising on the ‘working from home’ phenomenon of recent times by combining it with, of all things, old aeroplanes.

Kevin and Stephen have started transforming old, disused aeroplanes into state of the art stand alone units that are ideal as work spaces, or as an additional home extension in your garden.

Kevin, who is from Rossinver, says he has always had an interest in planes and a friend sent him a picture of a old jet being broken up into sections and he got the idea that it he and Stephen could do something with it.

The two men have their own business, NW Water Services, a leak detection company working for Irish Water around the country, employing 16 people. 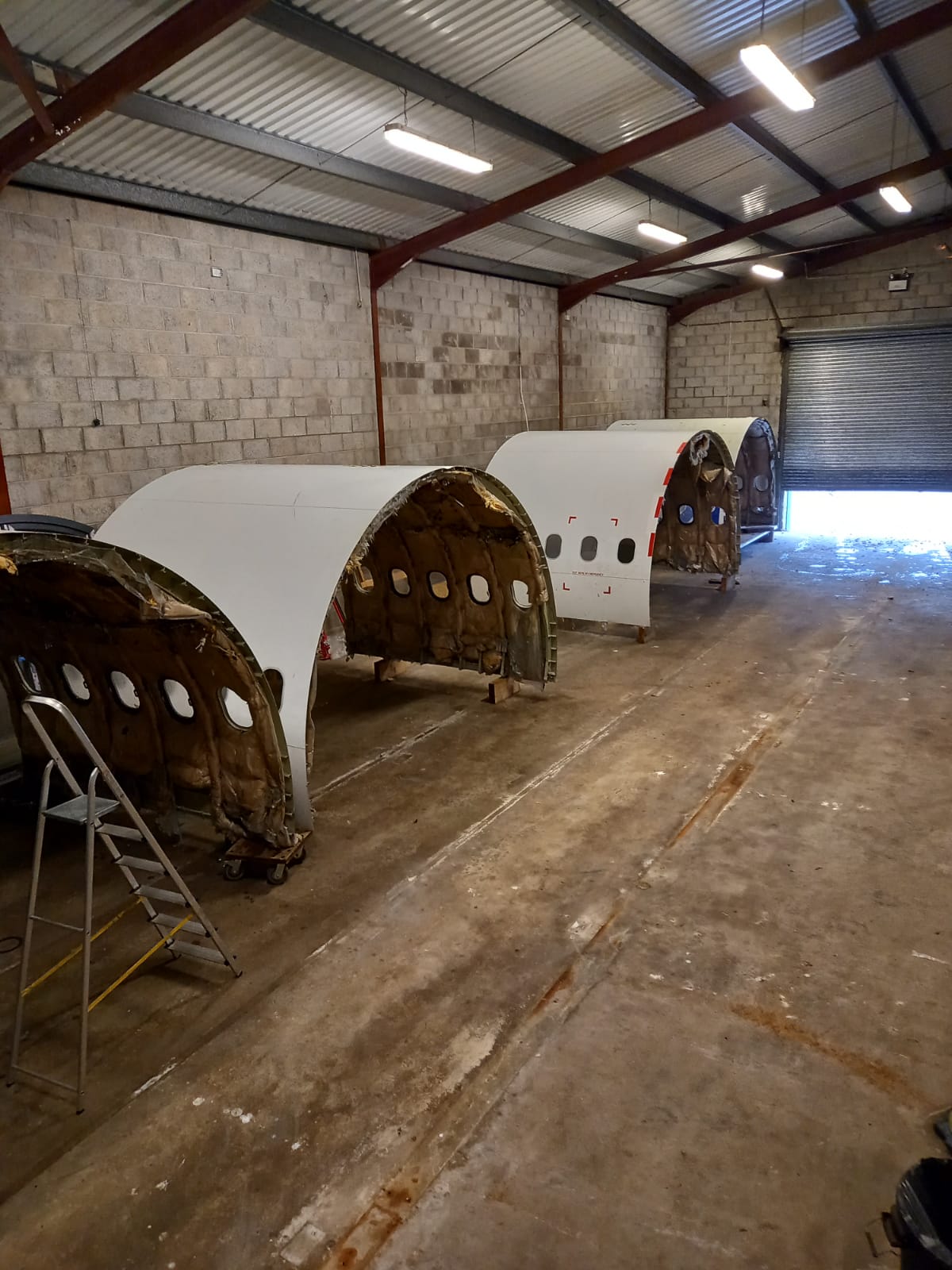 The aeroplane idea became reality when they bought a 20 window section of old commercial jet fuselage in Cardiff, cut it into four pieces and hauled it on the back of a truck to Shane's house at Glenboy, Manorhamilton.

The first unit was made in Shane's garage. Since then, Shane and one of their employees began making the units at the old Connacht Gold store in Croghan which they have leased from Shannon Gaels GAA Club. 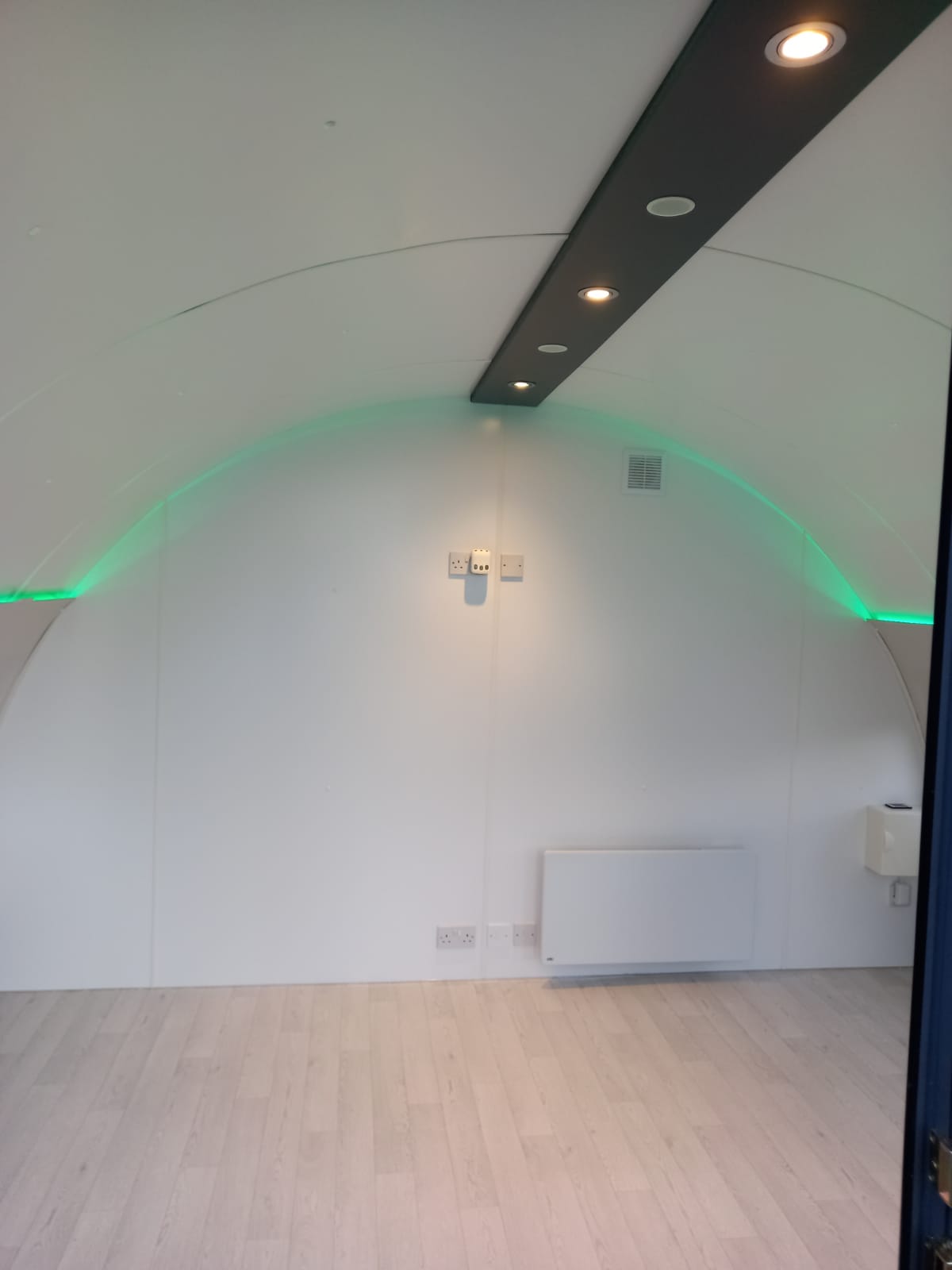 Kevin says the interest in the pods to date has been “crazy” with the first four already sold, two being purchased by the company taxback.com to be used as offices.

Kevin said a man visited them last week looking for eight bigger units, complete with en suite, which he hopes to use for a glamping site in Longford.

Another contact has come from Kerry from a man looking for 10 units, pending planning permission.

Kevin said the units can also be made into a fabulous version of a mobile home with a very high end finish. 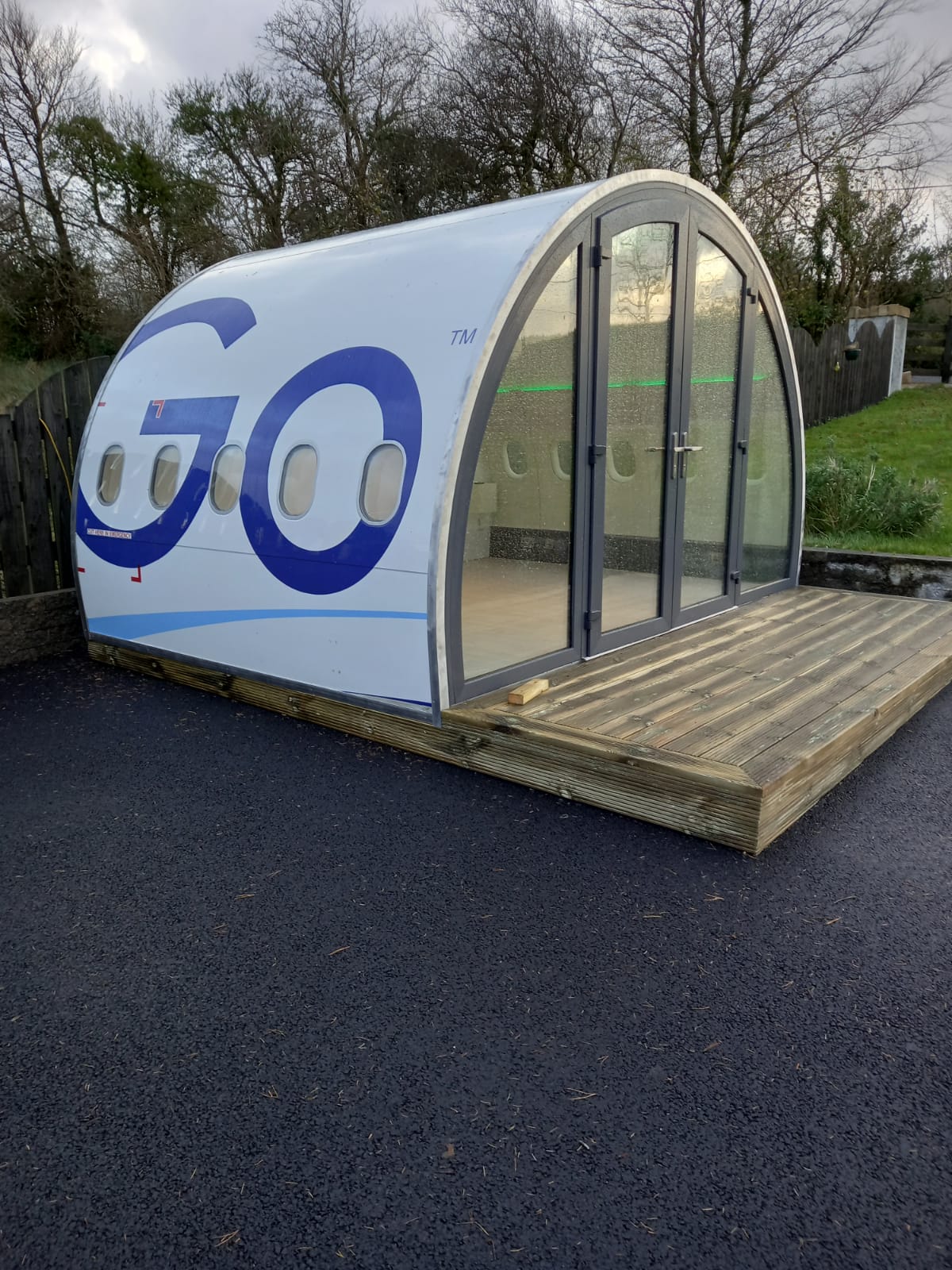 One of the biggest issues, says Kevin, is that it is quite hard to source the old planes as there are only four such facilities in Europe breaking down old planes.

However, he has good contacts and they go over to the source site and travel back with the pieces themselves.

Shane and the other employee do the work and a plumber and electrician come in to finish it off.

All you need is a concrete base and just plug it in and it is ready to go. The pods are galvanised with a steel floor and fully insulated. There are Munster Joinery doors and panel heaters. The pods need no maintenance or paint and just require an odd wash. They will practically last forever. 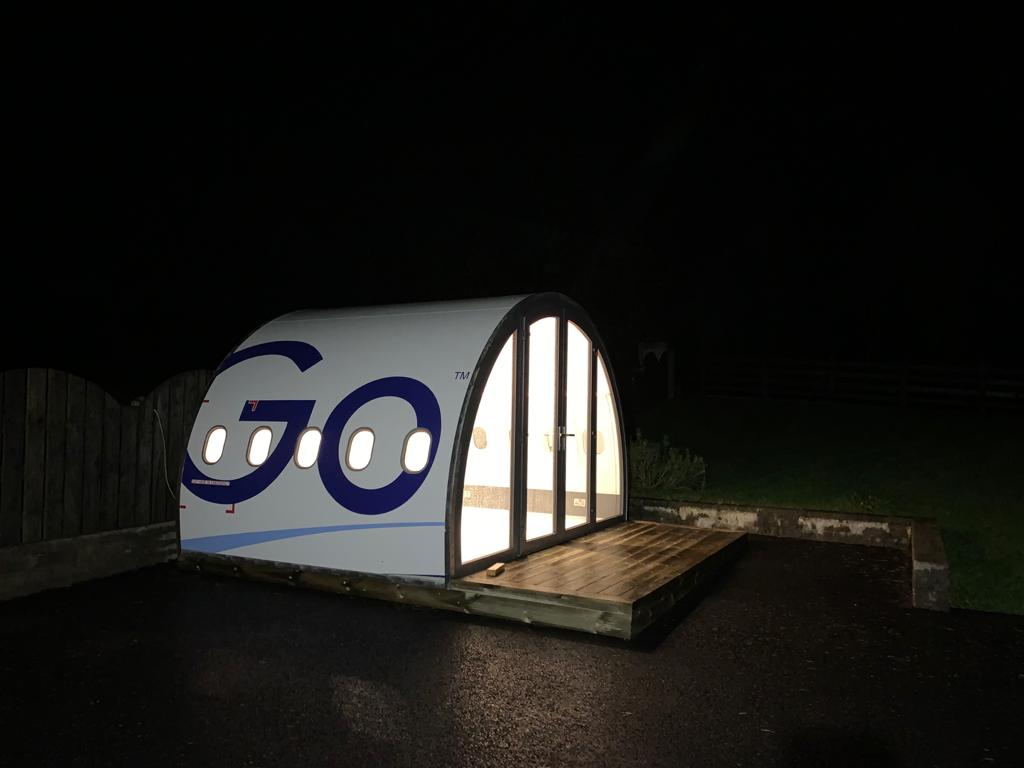 They can come in a variety of sizes, always four metres wide, and can vary in length from anything from four to 20 window.
Aeropods is only getting off the ground but business is already booming for these two men with sky high ambitions.