"Under the Night Sky" in Manorhamilton 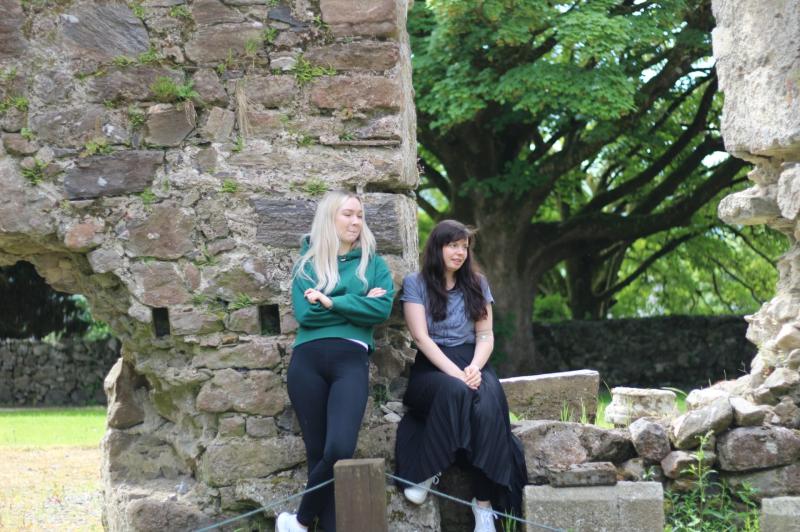 'Under the Night Sky' by Treasa Nealon will take place at 11pm at Manorhamilton Castle on June 21 and 22.

In the week after Frederick Hamilton's castle was ransacked and burned down by the Irish in 1652, midwife Úna Hale and Lasairíona O’Rourke meet in the heart of the smouldering ruins.
It has been ten years since they met in the midst of the Irish rebellion, ten years since their friendship began. Tonight they have decisions to make, decisions that will change their lives and their friendship forever.

A co-production between The Glens Centre and award winning The Rabbit's Riot Theatre Company, 'Under The Night Sky' is a story about falling in love, friendship and healing. This special and unique performance takes place during the June solstice.
Each performance is an hour long and ends on the witching hour.
It is written by Treasa Nealon and directed by Sonia Norris, with music by Dee Armstrong from Kíla.
Treasa Nealon and Sonia Norris are the co-founders of The Rabbit’s Riot Theatre Company. Together, they have created and produced over 30 projects and productions since 2016.

They specialise in immersive and magical site-specific performances.
Director Sonia says, “Under the Night Sky is a site-specific performance that transcends time and space, taking the audience on a journey of magic, power and resolution. It is an emotional roller-coaster of love and laughter, carnage and devastation, fire and ashes, a story of identity, cleansing, memory and loss, wrapped up in the burning walls of Hamiltons Castle as Úna and Lasairíona face the challenging reality of their relationship.”
Rena Bryson will be playing Úna Hale, and Dublin based actor Carla Foley is playing Lasairíona O'Rourke.