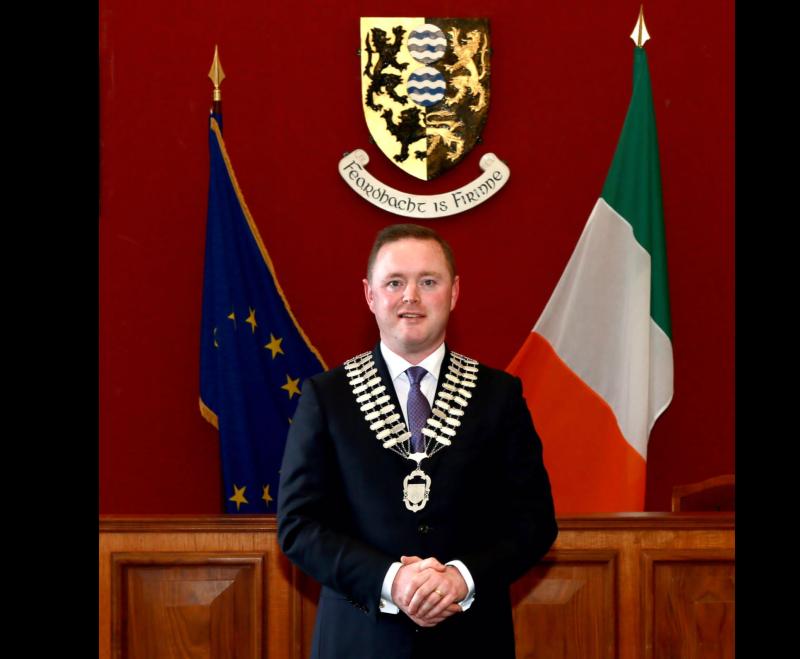 He was proposed by his Fianna Fáil colleague Sean Smith from Bawnboy and seconded by Patricia Walsh earlier this week.

Cllr Feeley who works for Kelly & Ryan Solicitors in Manorhamilton said, "I am extremely proud to be a member of the Party, the role its founders played in our struggle for independence, in the development of this state and particularly in forging the peace process which we take so for granted but which has transformed life on this island and in particular in our own province."

He went on, "As far as I am concerned, the Cathaoirleach must ensure every Councillor can do their job here in the Chamber, raise the issues important to them and the people whom they represent, ask the difficult questions of the Executive, provide oversight and set key policy. In everything that we do as a council the fact that there are 18 people who hold a democratic mandate from the people of this county must be to the fore. No matter what statutory role anyone has, no one other than we eighteen have been sent here.

"Our role is a serious one. Sometimes it can be easier to play to the gallery, to act up to get a headline than to come in here to conscientiously raise an issue and provide ideas to solve a problem. Sometimes we as politicians do not do enough to show that the job we do is worthy of respect from the general public and indeed from those employed in the public sector.

Cllr Feeley said it was a special day for his family and thanked them for their support as well as the team at Kieran Ryan solicitors and his supporters. He paid tribute to his father who represented his community for 22 years and served twice as Cathoirleach.

"After the Covid break it is also essential that we re-engage with our diaspora. Building Connections with those of Irish descent and maintaining the connection with those who left our County over the years, as well as being the right thing to do, is essential in promoting our county for tourism and also building business opportunities. I very much look forward to joining the Chief Executive in this work over the coming months whether it be in travelling abroad or welcoming those who come to our county."

The West Cavan representative noted the Decade of Commemorations and said he looks forward to catching up on commemorating historical, cultural and sporting achievements; "I look forward to the celebration of the many achievements which we have already agreed to honour."

He said the council must do what it can to help business and farming community and strengthen community life, to build new houses and upgrading existing housing stock and "ensure that no one is left behind."