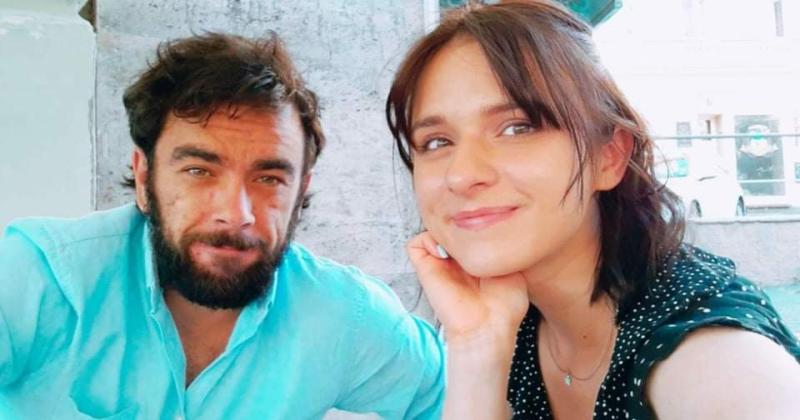 Bradley Stafford, photographer is pictured with his wife Ana

Support from Leitrim to Ukraine continues with a photographic exhibition at Ósta at W8 in Manorhamilton from June 30 to July 2. Photographer Bradley Stafford’s aim is to raise much-needed funds for the victims of war from one of Ukraine’s up-and-coming coastal cities which now lies in complete ruins after more than a hundred days of devastation and destruction.

Local volunteers have worked tirelessly since late February to deliver aid to the besieged city as well as evacuating women and children to other cities in Ukraine and beyond, putting their owns lives at huge risk in doing so. Help-Mariupol is a voluntary organization run by Mihail, a resident of the city and to whom the proceeds from the sale of photographs will go.

Bradley Stafford, originally from Wexford, has lived in Kyiv, Ukraine since 2017. He first picked up a camera in 2019 and set about traversing Europe’s largest country to document the sheer beauty and contrasting variety that has lay almost hidden from the rest of the world’s eye since Ukraine gained independence from the Soviet Union in 1991. Overnight train journeys, bumpy bus rides and hitching lifts took him from Kyiv in the north to Odesa on the Black Sea in the south, to the historical region of Bessarabia bordering Moldova, to the tranquil landscapes of Volhynia next to Belarus and to the majestic Carpathian Mountains of Zakarpattia in the west. Bradley’s aim was to bring Ukraine to the world but in late February that all changed.

He was forced to flee after Russia’s invasion of the country. Together with his wife Ana, their Labrador Bailey, and their friend Katya, they reached the border of Poland after 43 hours of travel. Over the next month they travelled across Europe by land and by sea until they reached their new home here in Rossinver, Leitrim.

Bradley’s beautiful photos, capturing cityscapes and rural life documenting life in pre-war Ukraine, are available to buy at Osta  during the exhibition. Photos are available mounted and framed or framed only. Pop in and have a browse and meet Bradley to have a chat about his time in Ukraine, The exhibition will be open 9.30 -6pm. He has chosen his favourite photographs from his work in Ukraine to exhibit and sell but more are available to view and purchase upon request.