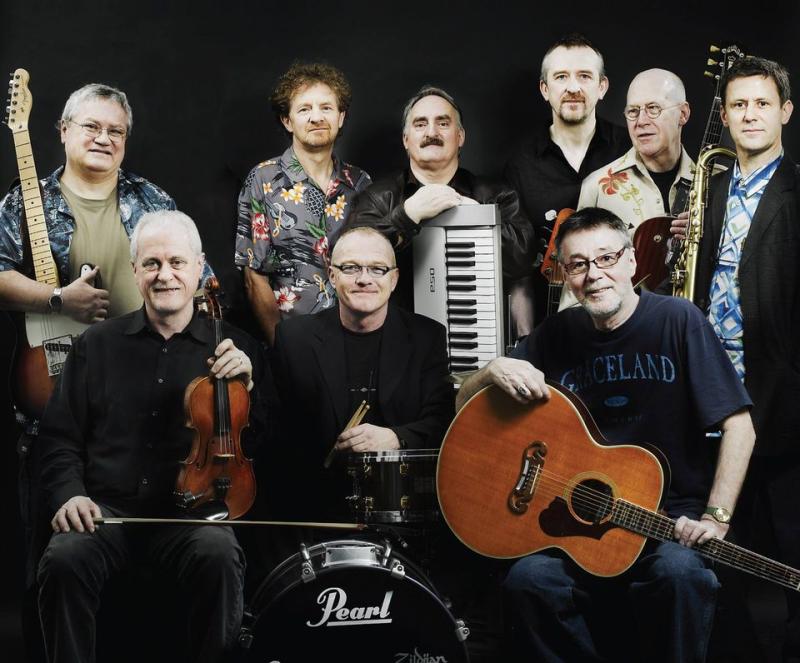 On returning to his home county to perform, Chris said, “I'm thrilled at getting this opportunity to play in front of a Leitrim audience at Ballinamore's wonderful Island Theatre.
“It promises to be a great night. I'm bringing with me a top class bunch of musicians and singers and I've no doubt that the audience will enjoy the show immensely.”
Chris grew up in Mohill, where his family owned a newsagents in the Main Street and he has fond memories of his childhood there.
Customers still speak of calling to the shop and hearing the constant sound of a piano coming from an upstairs room.
Remarking on how fitting it should turn out to be the case that one of the main sponsors of this concert is Leitrim County Council, Chris says that in the early 1960s he was awarded a county scholarship by them.
In putting together this new line up, Chris has called on musicians many of whom have played in bands of international renown.

Chris himself has played with Clannad and recorded with John Prine, Percy Robinson (pedal steel guitar), Nanci Griffith; Francie Lenehan (electric guitar) whose father came from Bornacoola, The Cotton Mill Boys; Garvan Gallagher (bass) Mary Black; James Delaney (organ) Mary Coughlan and Sharon Shannon.
One noteworthy feature of the band is the backing vocalists Ana and Ide Leddy, whose grandparents came from Fenagh and Keshcarrigan.
They are joined onstage by Mary Roche and finally, on drums Mick O'Connor.
Don’t miss this one night only gig at Leitrim’s newest state of the art venue, the Island Theatre, Ballinamore.
Tickets can be purchased online at www.islandtheatre.ie.

Saturday, June 25: Doors open at 7.30pm, for 8pm start.
The Island Theatre would like to acknowledge the assistance of Leitrim County Council and the Department of Tourism, Culture, Arts, Gaeltacht, Sport and Media in putting on this Leitrim Live Performance event.