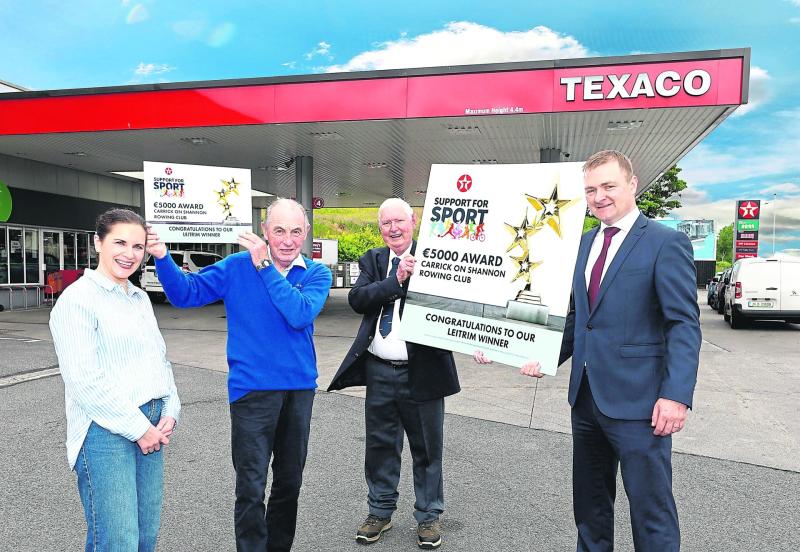 Carrick-on-Shannon Rowing Club, County winners in the recent Texaco Support for Sport initiative, has been presented with a cheque for €5,000 which will be used to purchase new boats and oars to accommodate the club’s growing appeal and its anticipated increase in membership.

Said to be the oldest sporting club in Connacht, and the second oldest rowing club in Ireland, Carrick-on-Shannon Rowing Club has been rowing on the River Shannon since 1836. Encouraged by Ireland’s medal successes in recent Olympic and World events, the club hosts two popular competitions – a Regatta and a Head-of-the-River event.

Under the scheme – similar to that which proved successful last year when the Leitrim county award was presented to St. Patrick’s GAA Club, Dromahair – the presentation was made to the Club by Valero Energy (Ireland) Limited, the company that markets fuel in Ireland under the Texaco brand.

Now in its second year, the Texaco Support for Sport initiative sees an annual fund of €130,000 set aside for allocation in equal amounts of €5,000 to successful applicants chosen on a county-by-county basis.

Entries to the Texaco Support for Sport 2023 initiative will open this Autumn.