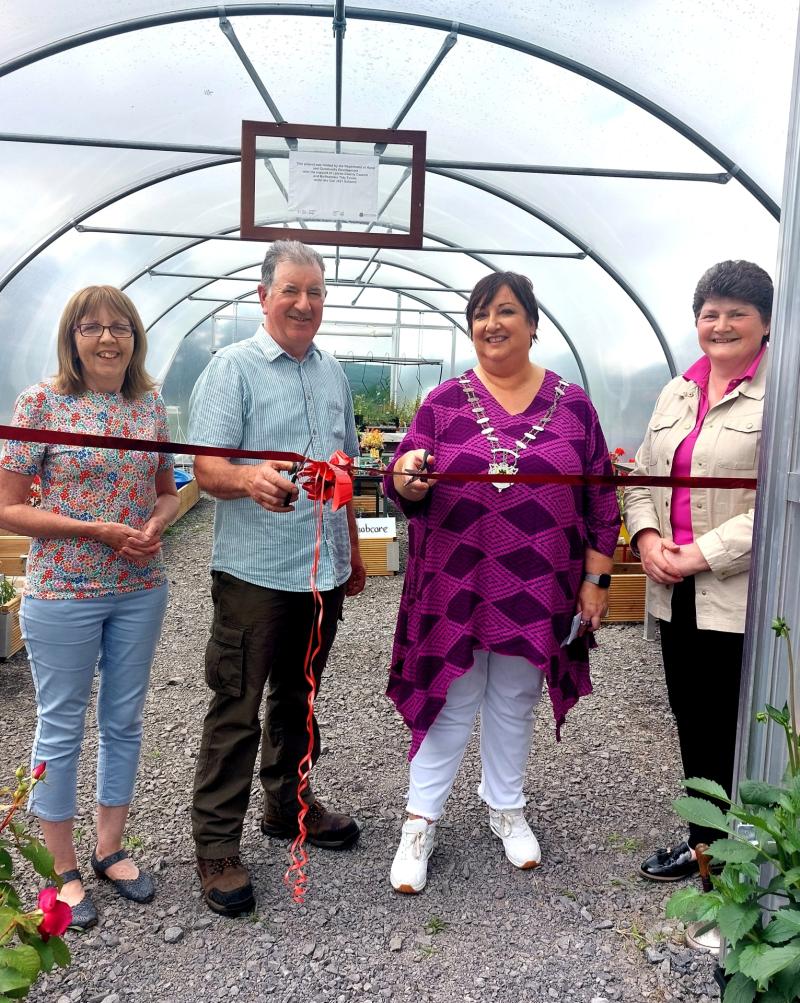 A very enjoyable and well attended event was held on the grounds of the Old Vocational School, now the Education & Training Board, Adult Education Centre last Wednesday, July 13. This event was organised by Kay Maguire, Ballinamore Tidy Towns and Ballinamore Men’s Shed, to highlight all the facilities and groups which are linked to this magnificent development.

The new poly tunnels were also officially laaunched by An Cathaoirleach, LCC, Cllr Ita Reynolds Flynn, a former past pupil of the Vocational School.
Máirín Martin was highly praised for applying for a CLÁR grant and securing almost €10,000 in funding to help purchase the tunnels. Kay Maguire thanked Leitrim County Council and the Department of Community & Rural Development for their financial support. She also thanked the Mayo Sligo Leitrim Education & Training Board for their ongoing support and thanked Jennifer Hewson for her attendance.

Kay said Ballinamore had a lot going for it and that action speaks louder than words as is evident in all that has been achieved – on the opening of the new Community School the town was left with a number of vacant buildings and the priority was to find uses for them all. This included:
- The amalgamation of the national schools into the former Mean Scoil Fatima, now known as Scoil Chlann Naofa.
- The Community Childcare moved into the former boys’ national school.
- The former St Felim’s Secondary School is currently being renovated into a state of the art Youth Facility, Art School and Digital Hub.
- The former Old Vocational School is now an Adult Education Centre with a variety of classes.
A diverse selection of groups also have their base in the building – Art with Noreen; Community Garden & Tunnels; Hens' Shed; Men’s Shed; Music Generation with Therese McCartin; Tidy Towns; Scythe Cutting Classes with Neil Foulkes; and Women’s Arts & Crafts.

Kay paid tribute to Leitrim Development Company; RSS and TUS workers; Sean Benison, Community Employment Scheme; Gerard Murphy caretaker and Derek Warren. She reiterated her thanks to the ETB for their continued support.
Cathaoirleach Cllr Ita Reynolds Flynn said she was honoured to be invited and she thanked the Department of Rural & Community Development and Minister Heather Humphries for their financial support.
Ita said she was very proud of all that Ballinamore had achieved and assured the community of her continued support.
Tommy Moran spoke on behalf of the Men’s Shed and thanked everybody once again. He said Kay had covered all in her speech and he seconded all that she had said.
He invited everybody in for a cuppa and a bun after the cutting of the ribbon.
Ita then cut the ribbon along with Seamus Scott, Gardening Tutor and officially launched the new tunnels. 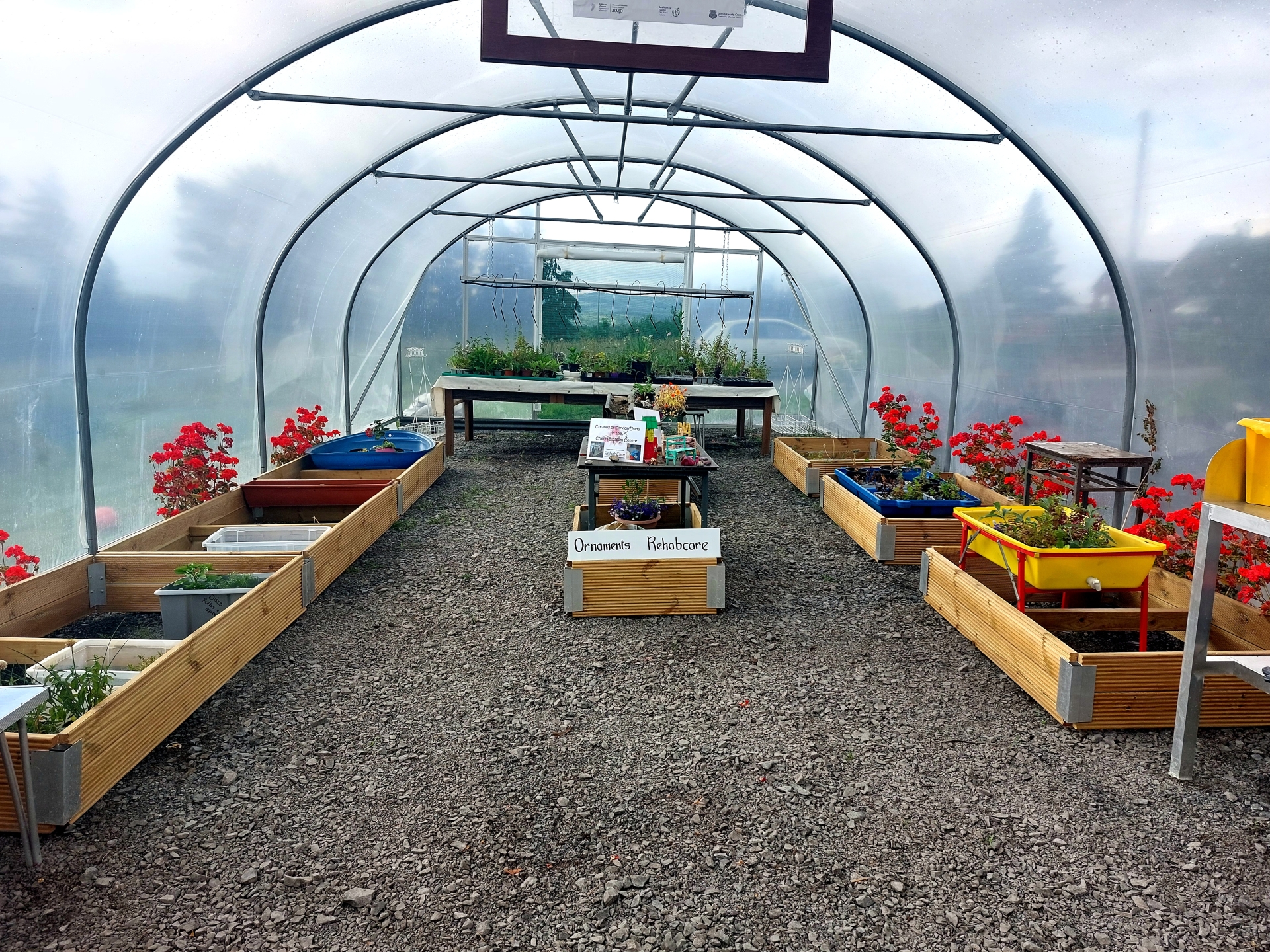