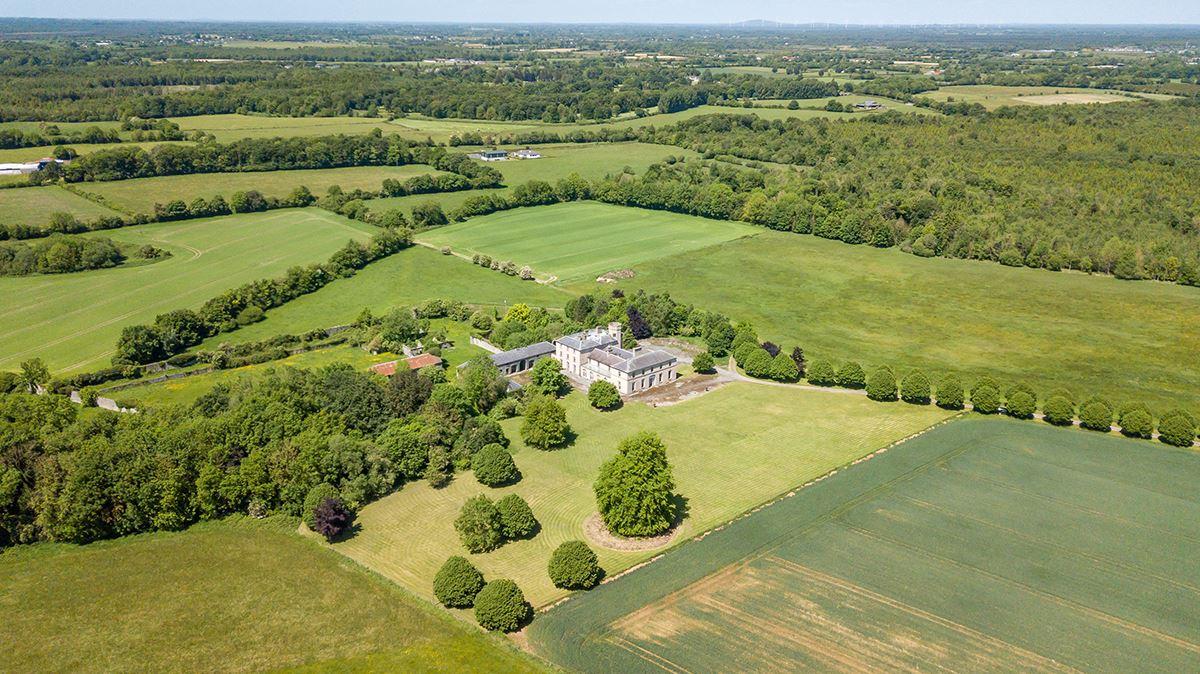 The former home of the High Sheriff of Laois where Johnathan Swift is believed to have penned a good portion of Gulliver's Travels has gone on the market.

Set on 98 acres or 39 hectares close to Portarlington, the 15,078 sq foot  Woodbrook House comes with a gate lodge, outbuildings and two walled gardens and a price tag of €2.75 million.

The impressive Georgian house is laid out in two and three storey sections and privately set within its own lands.

The property has undergone restoration in recent years including the rebuilding of a mid 18th century wing complete with a four storey tower. Repairs in some parts of the residence are incomplete.

Tap Next to See More Pictures

According to the auctioneers, the owner of Woodbrook House befriended Jonathan Swift, who was the Dean of St Patrick’s. Swift travelled frequently to Woodbrook House and used it as his weekend retreat and its library to write much of Gulliver’s Travels.

Construction work began on the property around 1700 and was ongoing in 1712, shortly before Swift and the owner struck up a friendship. The owner’s son later served as High Sheriff of Laois. The property is being sold by Conway Auctioneers.