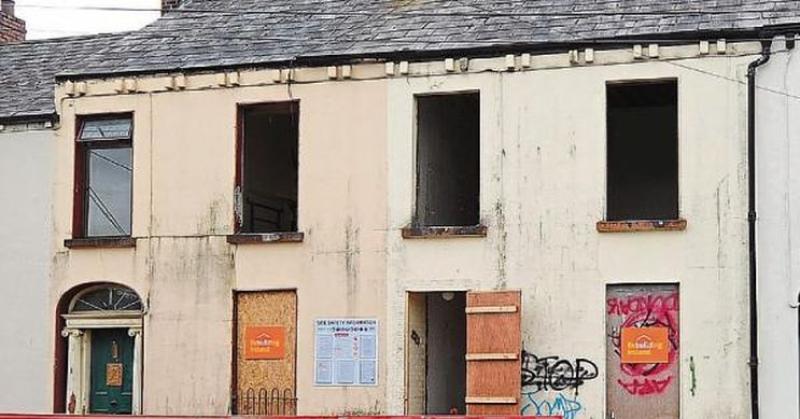 New fund for vacant properties to revitalise communities across Leitrim

Cllr Dolan welcomed the idea of the new fund, but said it was “ridiculous” to confine the scheme to just towns and villages.
He called for the scheme to be amended to include all derelict houses in rural Ireland.
He said this would be a “major help to first-time homeowners in our area and help to revitalise Leitrim.”

He was fully supported in his motion by Ballinamore area councillors at the recent MD meeting.
Cllr Dolan also suggested that those who would receive such a grant would not be allowed to sell on the property for a number of years, he said this could prevent people renovating rural homes for just holiday rental.
Cllr Paddy O'Rourke said he was “disappointed” in the scheme and commented, “if a footpath doesn't go past your door, you are not eligible.”

He stated it simply has to be extended to include rural dwellings. Otherwise, he said, only Leitrim towns would benefit. Cllr Brendan Barry noted that urban areas need over 500 of a population, which would rule out most Leitrim villages.
Cllr Enda McGloin said many young people in Leitrim are struggling to build a house, but they could be able to buy an old house and renovate it into a comfortable home.

Cllr Ita Reynolds Flynn added the grants will help people to renovate homes for cheaper than they could be build and agreed the scheme must be extended to rural communities. Cllr Barry added that the “Green Party must have been involved in the particular wording” of the scheme as, he said, it seems to promote people selling rural homes to move into the town.
Cllr Gerry Dolan concluded that this was another scheme to “bunk people into towns and help the Green Party and forestries.”
He said Leitrim people must fight to keep rural communities alive.