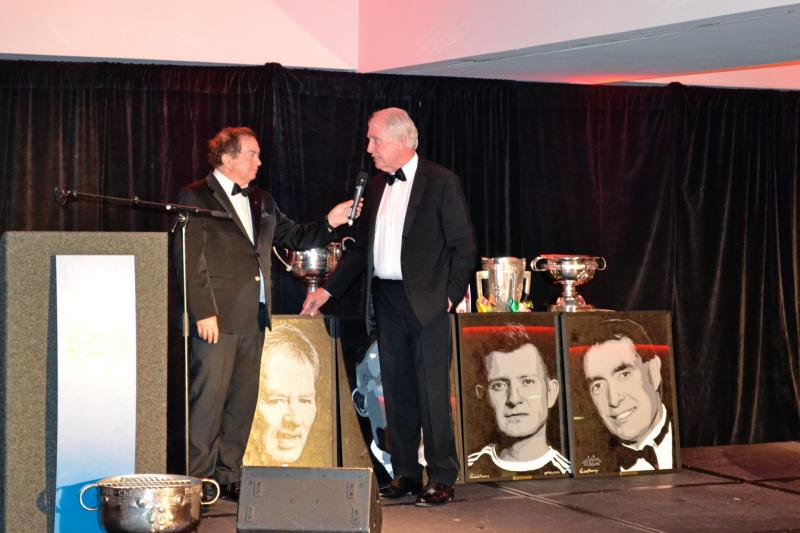 A visit to Croke Park is a very special occasion for Leitrim people. That certainly was the case last Friday night as a large contingent of native Leitrim exiles along with a large group from the native county gathered in Croke Park assembly hall for a very special event.

That event was the first ever Hall of Fame ceremony organized by the NY GAA. Listed among the first honorees were: Micheál O’Muircheartaigh, Jim Gavin, Joe Canning, Briege Corkery, and Mike Carty. The NY GAA bestowed it’s life achievement to Mike Carty.

Mike was born in Aughavas, but emigrated to NY with his family in the early 60s. He got involved quickly in the bar business, and along with his business partner, Austin Delaney, opened the first Rosie O’Gradys in Manhattan in 1975.
Rosie’s as it is affectionately known has since blossomed to become a major Irish restaurant in Manhattan.

Mike was deeply involved in GAA from day one, first as a player with the Leitrim Football Club, later as a trainer and very success manager, winning a pair of NY championships under his guidance. Mike was not just a very dedicated manager or player; he was also very helpful behind the scenes. 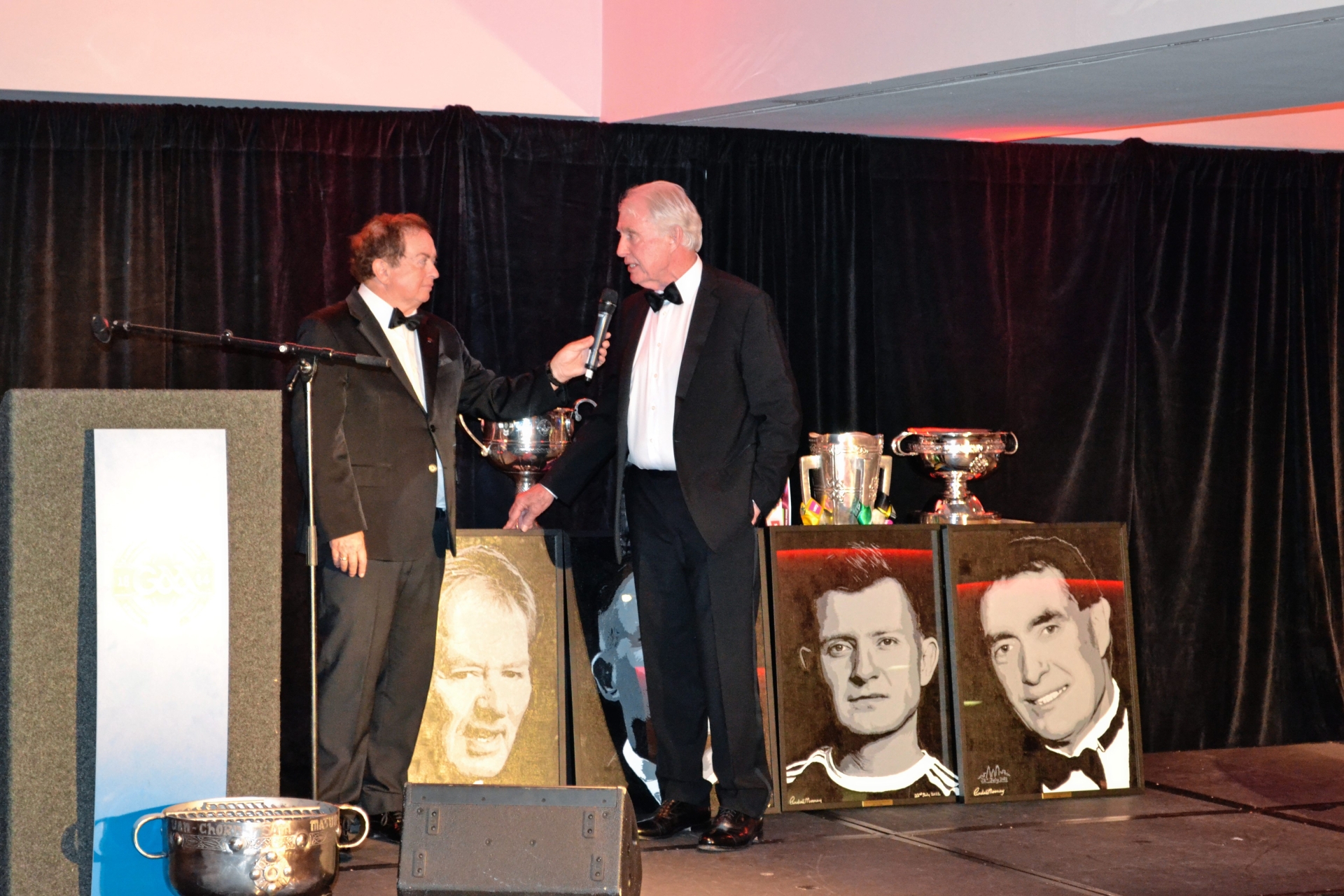 At one stage, the whole Leitrim team was employed by Rosie’s. However, it was not just the GAA that were the main beneficiaries of Mike’s time and fundraising efforts.

For nearly 25 years, he ran a charity golf outing which netted over 2 million dollars, with monies being allocated to the Memorial Sloan Kettering Cancer Center and Ballinamore Rehab plus several other organizations. Mike was also on the board of directors of the American Ireland Fund.

Since arriving in NY, Mike has been a longtime loyal supporter of the NY GAA.

He has been a central figure on numerous committees devoted to the improvement and development of Gaelic Park. He spearheaded the campaign for the resurfacing and lighting of the facility a few years back.
Currently, Mike is a major driving force behind the new building that is currently at the foundational stage which will become not just the future headquarters of the NY GAA but will also be a major cultural and social center for the Irish and Irish American communities.

It is hoped that the new building will help revitalize the NY GAA and that Gaelic Park will once again become the great Mecca that it was in times’ past.
Thanks to Mike Carty, through his dauntless efforts this could soon become a reality.

Meanwhile, it certainly was a great night to be in Croke Park as Mike’s friends and acquaintances came from near and far to honour the man, who not only became a great benefactor to Leitrim and the GAA, but dozens of organizations, clubs, and associations benefitted from Mike’s generosity of the last half-century.

He certainly was a great choice by NY GAA for the lifetime achievement award. The other very notably honorees were deserving of their awards for the contributions to the GAA through their stellar careers. Granted Mike had a respectable playing career and successful management career, but truly his accolades were unmatched behind the scenes.

Leitrim GAA Chairperson Enda Stenson later told the paper “we were honoured to be part of this special night for Mike Carty who has done so much, not just for the GAA, but for Leitrim people in New York since he emigrated there back in the 60s.”