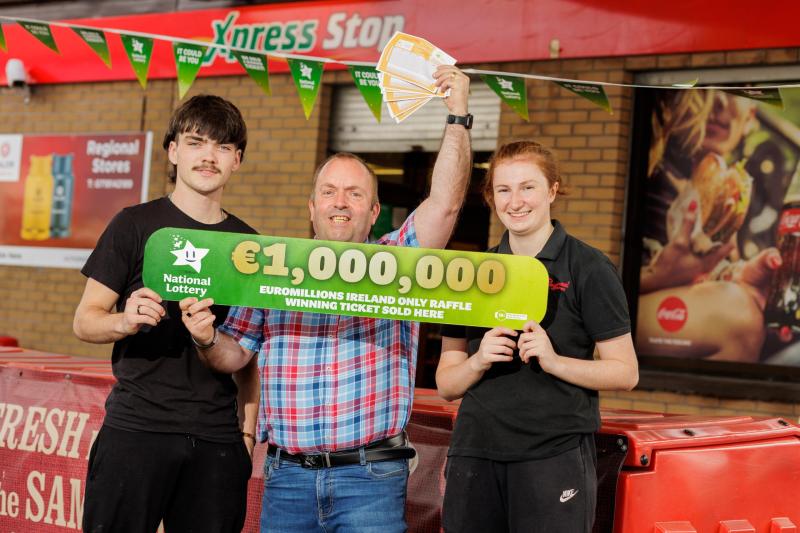 The special raffle event guarantees to make four brand new millionaires in Ireland over the month of August. The winning quick pick ticket worth €1 million was sold in The Regional Stores, Ballinode in Co. Sligo - a commuting stop off for Leitrim people

Owner of the store Michael Higgins was elated when he found out his shop sold the winning ticket. “The first thing I did was ring my wife and asked her if she played last night, she said she did. I told her to get in quick and check the ticket! But alas it wasn’t to be us. We were surprised to find out though we did sell the winning ticket to one of our lucky Sligo customers!”, he said.

“We’re a local family business, open 50 years with the forecourt and 35 years with the shop. We’re selling the lotto in here since day dot and we never had a substantial winner, until today! We’re absolutely delighted for the winner”, he added.

The National Lotteryare asking people to check their tickets, sign the back and contact the prize claims team on 1800 666 222 or email claims@lottery.ie