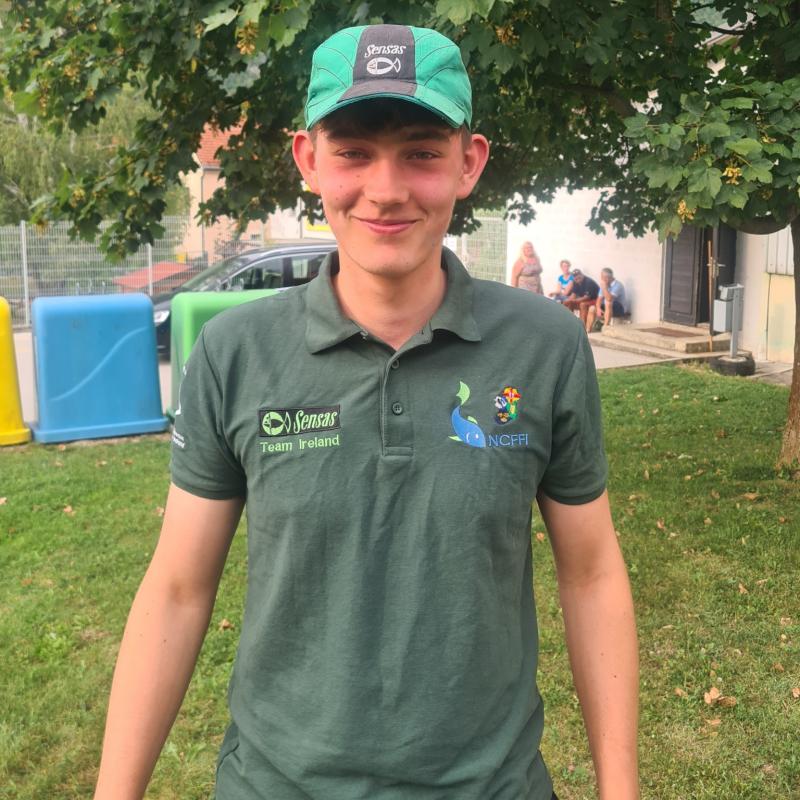 Charlie travelled with Team Ireland to the River Sava in Slovenia to fish against youth anglers from 14 world nations.
The Under 20 team did well during the practice week catching the bonus fish required to fish against those teams experienced in catching small fish, mainly bleak with small vimba and chub.

But it was Charlie Richards, who during the competition weekend was able to hold his own in the small fish race, netting small carp of 70 to 90g the equivalent to 10-12 bleak.
Third in his section on day one; Charlie finished first in section with 6kg 48g on day two to finishing with 8kg 512g. This helped to stretch his advantage as he finished an equal 4 points with England’s Callum Jennings 7kg 791g and Slovenian Kemen Rožič Šoštar securing the gold medal on weight. 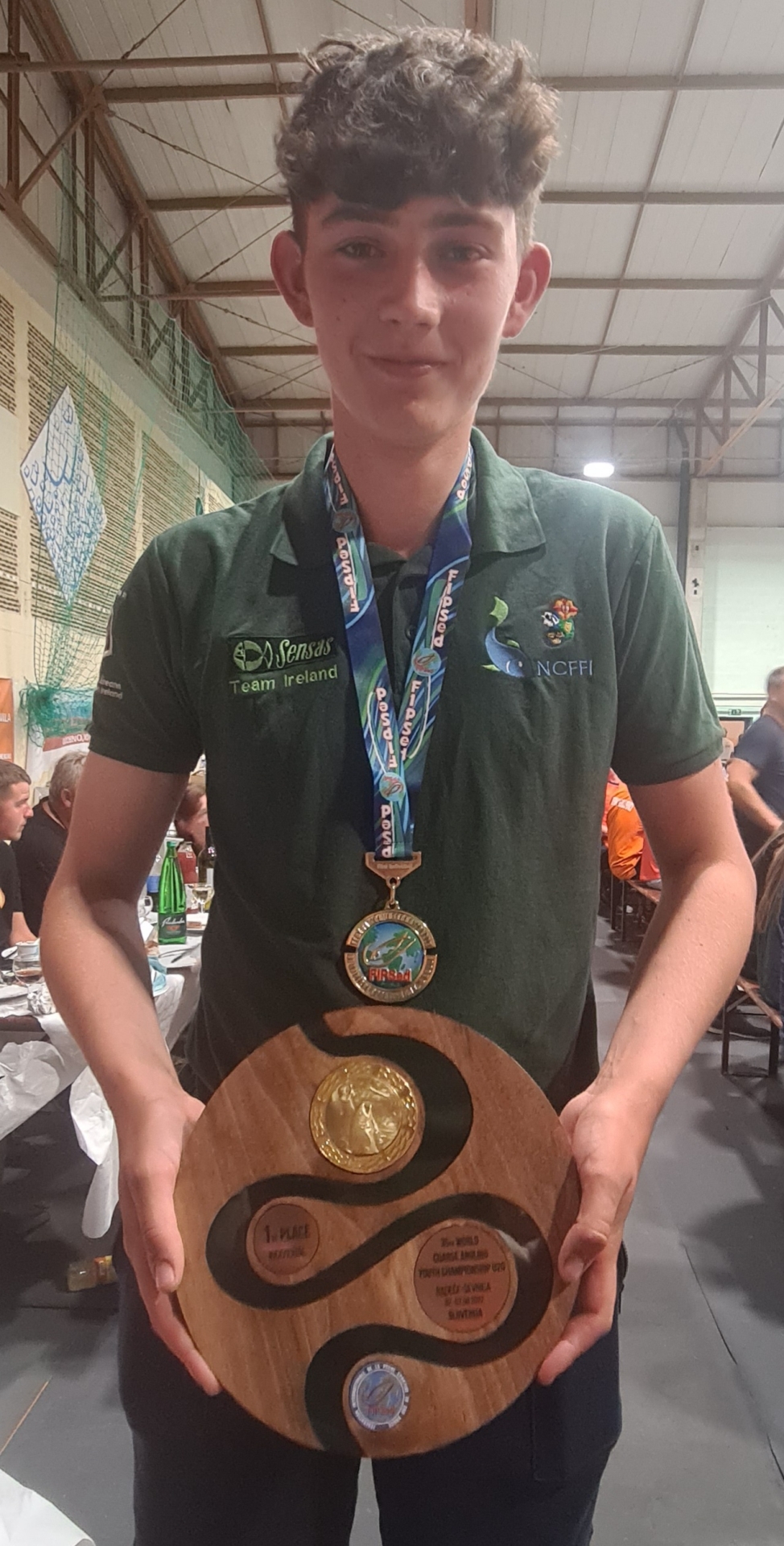 The 17-year-old from Ballinamore who first made his debut on the world stage with the Under 15 squad in Ireland in 2017 has now made history for Irish coarse angling as the first youth medallist.

The squad was led by Manager Gavin Walsh and supported by coach James O’Doherty and parents of those participating. They were assisted from the federation and Inland Fisheries Ireland, IFI with bait sponsored by Sensas.