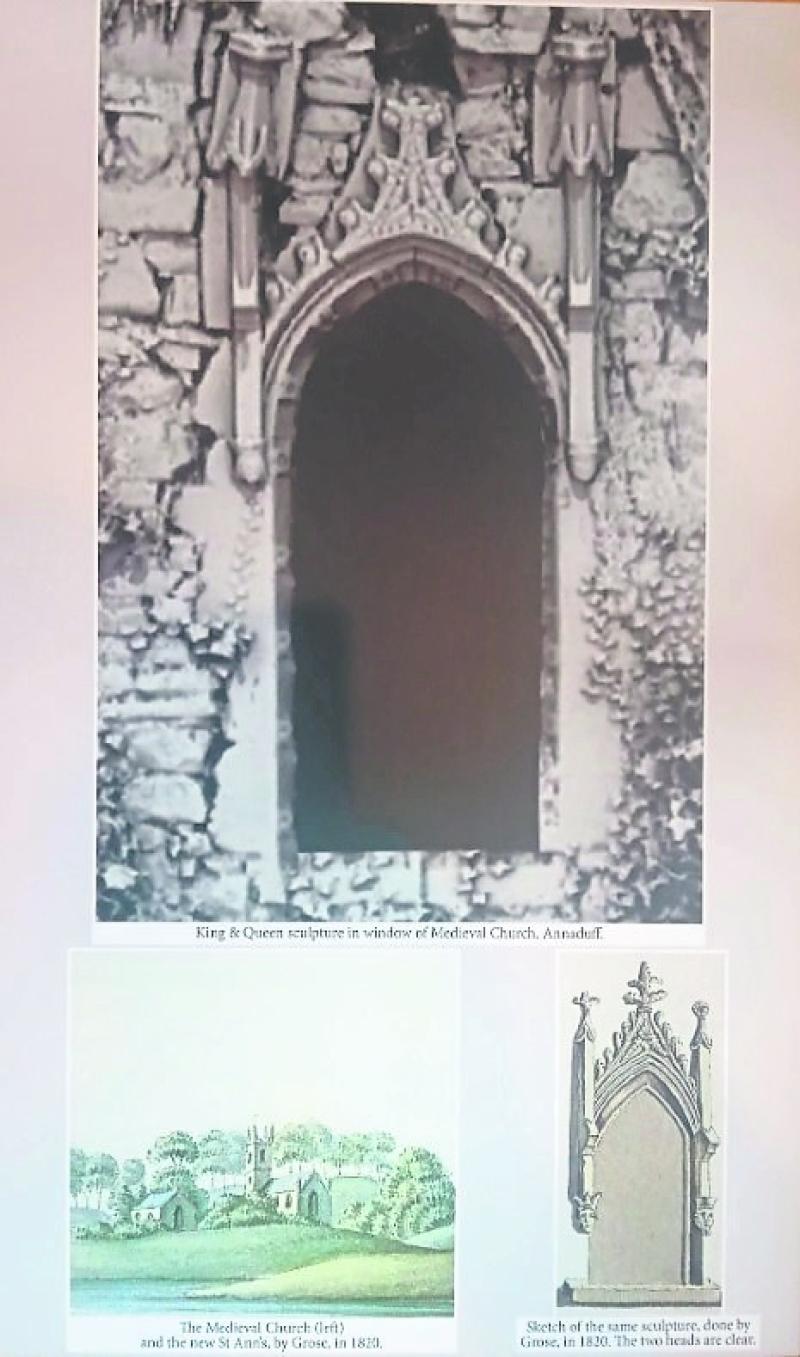 In 1011, High King Brian Boru and the second most important king in Ireland, Malachy II of Meath, sailed up the Shannon and stayed a while at the ancient Abbey of Annaduff.

This Abbey was on an island, in the vicinity of today’s St Ann’s Church of Ireland (near the Masonite factory and Drumsna Village). The Abbey of Annaduff had a very special location. It was along the edge of the Shannon and lay between the three great provinces of Connacht, just across the Shannon, Ulster, which came as far as Drumsna and Meath which came as far as today’s Annaduff NS. In her Report, arising from her geophysical survey, UCD archaeologist Susan Curran, stated clearly that Annaduff shows all the marks of having been a big and important Abbey.

Not only would the ancient Abbey have been a religious foundation, but a variety of activities, normal to an abbey of its size, would have been carried on. Among many others, these would have included farming, recordings of history, legends and folklore and a school of masons involved in making sculptures.
For some unknown reason, the ancient Abbey of Annaduff ceased to exist (possibly about 1150). Only one building remains.

That is sometimes called a “medieval” church, but I think it is the original abbey church, dating back to the time of Brian Boru. The shell of it is there to this day. It is known as the Nesbitt mausoleum and its eastern “window” contains the very special King & Queen Sculpture. I believe that, formerly, this was the main entrance to the abbey church. The two kings, mentioned above, would have been through this door.

This delicately-executed, masterly sculpture has two spears above the royal heads. This represents the Táin War, across the Shannon, here, between the forces of Queen Maeve of Connacht and King Conor of Ulster. The Táin War is believed to have been fought here about 100BC. As part of that conflict, The Doon of Drumsna an enormous fortification, was built in the present Co Roscommon, just across the Shannon from Annaduff.

We know the heads are those of a king and queen, because, about 200 years ago, Daniel Grose made a drawing of this sculpture and left us in no doubt that these were royal figures. See Grose’s drawing on the bottom right. The entire sculpture can be regarded as an allegory where the spears represent war, the arch above may represent the loop of the Shannon between Jamestown and Drumsna and, in the middle, is the figure of the victorious Risen Christ with the flailing devil imprisoned beneath him. This was the most delicate part to sculpt and you could say “The devil is in the detail”. The message here is one of Christianity triumphant over evil.